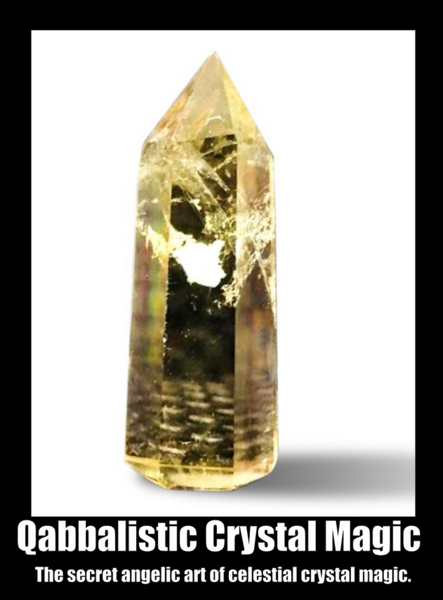 Crystals are ancient minerals produced in the pressurized womb of Mother Earth which rise to the surface to become healing crystals that share their magic and insight with us.

Everything on earth is comprised of energy – and rocks, gems, and crystals are no different. They are each made up of tiny crystals in specific molecular structures that are constantly in motion, which also causes each stone and crystal to emit a unique vibration and signature energy field. Crystals are live and contain different levels of consciousness. Some crystals give your energy and power. Some crystals take energy and power from you.

The Qabbalistic Crystal Master Class is designed to be the first of its kind. The angels and forces of light use crystals in a secret fashion. Some of them live inside certain crystals and may be called upon to serve you. Some of the forces of light have stored immense amounts of magical force inside certain rare crystal forms waiting for us to discover them. There are sacred hidden spiritual formulas that may be used with crystals that will allow you to access their secret deep magic. We will be happy to share this information with you.
We are generally poor and inaccurate information regarding the magical use of crystals.

This master class will change all that.