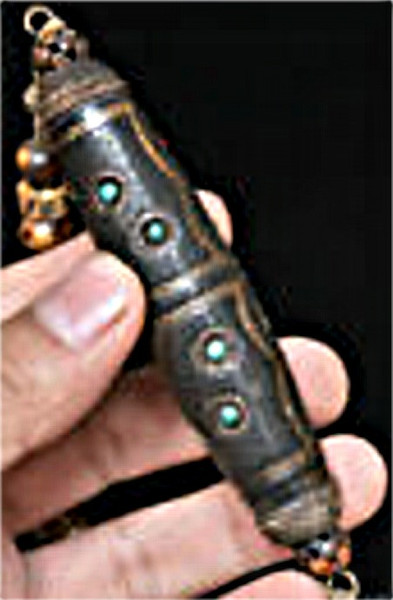 The Sky Iron God of Healing Dzi Bead is designed to heal the cardiovascular system, blood vessels, and heart.