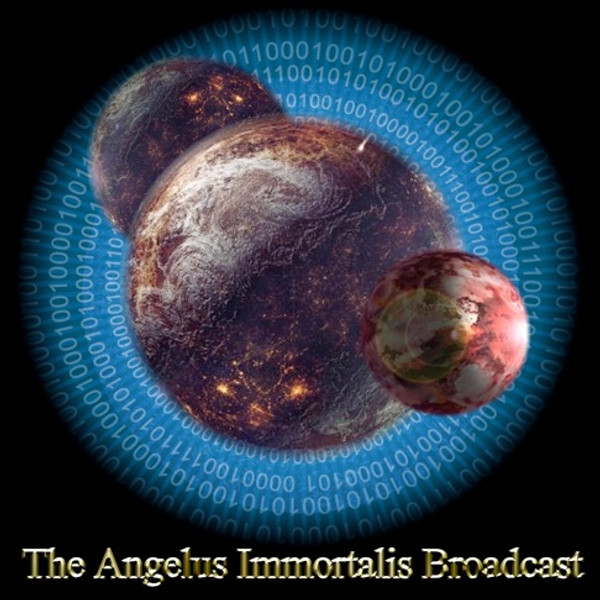 The Immortalis Broadcast is the energy of consciousness that defines the immortal part of your being.  Human consciousness defines only five percent of who you are. There are parts of you that are immortal.  They live in different domains and realities.  They communicate with you and the other parts of yourself. This communication is constant and occurs even when you are asleep.  The brain’s immortal network is home to the dormant power of the divine in your body.

You become that which controls you.

Each of us has a powerful divine being that controls most of who we are.  This control is active and guided by the higher regions of your consciousness. You are not able to simply shut down your higher mind and switch over control to other areas. The immortal aspect of you will not enter into conscious control until you demonstrate evolved behavior.

The Angelus Immortalis Broadcast is composed of three distinct recordings. Each recording is a distinct separate channel of the voices that comprise the broadcast. This broadcast is a catalyst. It allows your brain to gradually work with the power of the Consciousness of the Angels in a meaningful manner.

Thousands of Immortal Angels have arisen from the Consciousness of The Angelus. Listening to this unique recording will cause the immortal consciousness embedded within your DNA to rise and manifest.

The three recordings add up to two hours of broadcast. The sounds are multidimensional and move across several levels of consciousness. This is unlike anything you are likely to hear in your life. You may use the broadcast with or without the Angelus Tablet.

If you have the Angelus Tablets, the broadcast will amplify and accelerate your work with this and all the other tablets.  If you listen to the broadcast, you will absorb the energy of any tablet within ten feet.  If you do not own a tablet, the energy will slowly work to help you absorb and process the energy from the Immortalis itself.  The process is slower, but it will give those who do not have a tablet to work on their development.  This is a great recording to use while sun gazing.  It will accelerate your work with the Sun.

The Angelus Broadcast will be delivered via flash drive and the total cost will be $99.95.