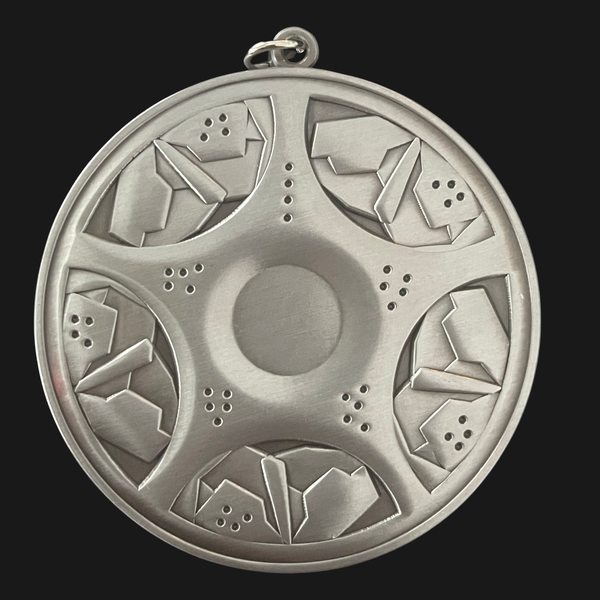 The Angels of Sanctification are of a high-level order of angels. According to the book of Jubilees, they were created on the first day, and are among the most holy beings in existence. The Book of Jubilees states that the angels of sanctification are one of two high orders, along with the Angels of Presence. The Principal angels of sanctification are Phanuel, St. Michael, Metatron, Zagzagael, and Suriel. Their function is not well known in this world, but without their presence, this world would be a bleak place indeed.

When these angels work together through this medallion: they dissolve negative karma, build positive karmic forces within the body, heal negative events in the past and the future, protect from hexes and curses, prevent attaching spirits from getting into the aura, remove demons, negative elementals and other dark forces, and cleanse negative forces from the soul.

The AOS 10.0 is the highest manifestation to date of a medallion, which is designed to battle the Daemonium on your behalf. Each subsequent manifestation of each AOS medallion is designed to rattle evil as it unleashed itself in higher and higher forms in our world. As you have seen, evil evolves. In our work, we have learned that we too must evolve if we are to fully protect ourselves. This medallion is our most powerful tool to date that you may use in fighting the growing evil around us.