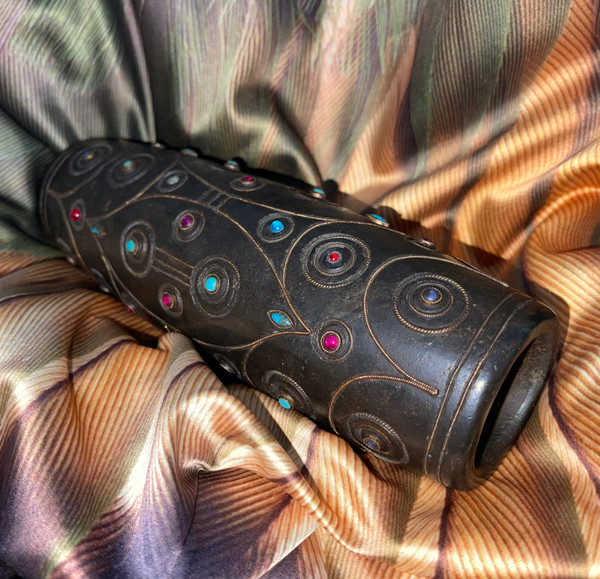 The Giant Sky Iron Healing Dzi Vessel of Power is designed to draw evil energy and negative forces out of the body that cause illness.