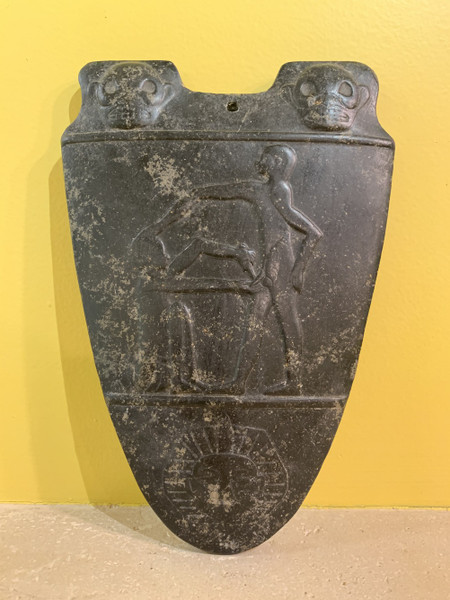 A gigantic meteorite fell in an ancient province of China called Shenyang several thousand years ago. At the time, people were frightened of the event and traveled to and from the forbidden mountain that was formed from the meteor. However, a small group of women who wished to become pregnant and bare strong sons for their husbands traveled to the mountain and prayed to the god they felt had landed to the earth in the meteorite. All of the women miraculously became pregnant and bore several strong sons to their husbands after they had been trying for years without success. Following this event, a number of people began to gather small pieces of rock from the meteorite and forming them into amulets and talismans. Over the centuries, the talismans have been attributed to having great spiritual and cosmic power. We have been fortunate to find a small number of these sky iron meteor pieces and we now offer them to you.

The Gods of Fertility and Magical Power Amplifier is designed to help increase fertility in any capacity of your life, specifically in men.