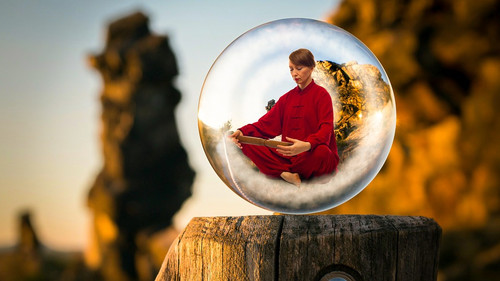 The Jade Emperor Ordination Master Class
The Jade Emperor is the supreme ruler of Heavens and the protector of mankind according to Chinese folklore religion and the highest-ranking deity of the Taoist pantheon. From the ninth century onwards, he was the patron deity of the Chinese imperial family. The Jade Emperor presides over Heaven and Earth just as the earthly emperors once ruled over China.
Based on one account the Jade Emperor was originally the crown prince of the kingdom of Majestic Heavenly Lights and Ornaments. At birth, he emitted a bright light that filled the entire kingdom. After 1,750 very long lifetimes, each lasting for 120,976 years, he attained Immortality. After another a hundred million years of cultivation, he finally became the Jade Emperor. The Jade Emperor is one of the greatest magicians in the universe.  Our first book on his magic is our greatest selling item of its kind.  These invocations are ancient and powerful. The Jade Emperor rules over all wealth in the universe. The Jade Emperor will delve into his most secret magic at the Master level. In this very limited class, we will examine this work at a level that we have never explored.
This type of magical energy is difficult to cultivate.  It exists as a sphere of power buried within the mind that must be discovered, nurtured, and built. Once defined and built, one may then work with the Emperor on a rare magical level as a Priest/Priestess.  We will supply Ordination Certificates to each of the participants.
We will only accept 50 people into this Inaugural Ordination Class.
Date: Saturday, October 5, 2019
Time: 8:00 AM - 4:00 PM
Location: Renaissance Charlotte SouthPark Hotel
5501 Carnegie Boulevard
Charlotte, NC 28209
(704) 501-2510
Buffet Breakfast: 8:00 AM to 9:00 AM.
Hotel Room Rate: $119.00. Guests may now begin to make their reservations for the October event by calling Reservations at (800) 468 - 3571. To receive the discounted rate, attendees must request the Tybro Master Class room block at Renaissance SouthPark. Guests may also reserve a room online using the link provided below. Guests will be expected to provide a credit card for room, tax, and incidentals at check-in.
https://www.marriott.com/meeting-event-hotels/group-corporate-travel/groupCorp.mi?resLinkData=Tybro%20Master%20Class%5Ecltrp%60tmctmca%60119.00%60USD%60false%603%6010/4/19%6010/6/19%609/13/19&app=resvlink&stop_mobi=yes
Cutoff Date: Friday, September 13, 2019.
Price: $1,250.00.        SOLD OUT