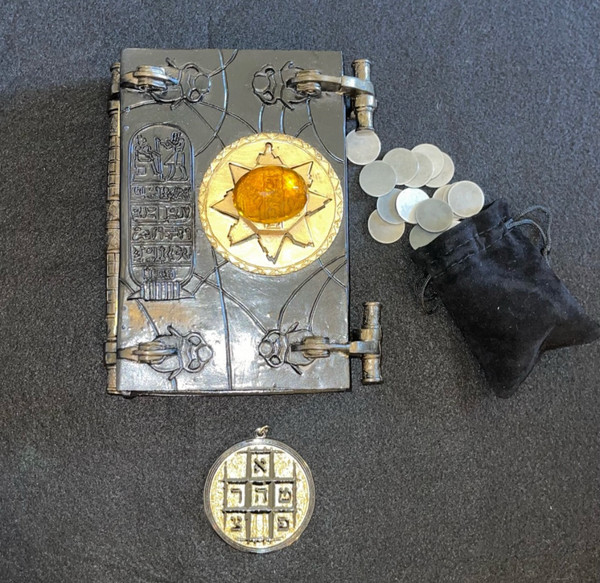 The Magical Vessel of Protection, Evolution, and Enlightenment
Over 5000 years ago, The God Thoth wrote The Book of Enlightenment and Evolution. In this text, he gave mortals instructions on how to become gods while living in the physical body. He wrote that mankind had lost its way and that this new book would help them find the path regaining its true divinity and learning to live forever while living in the physical world. The book was buried in an ancient temple was not found for many thousands of years. The book was stored in a magical vessel which absorbed the energy of the text. This vessel absorbed a great deal of the power of the book and it became a highly sought after magical tome. The vessel was buried at the Necropolis of Saqqara, the holy site of the Avatar of The God Thoth, The Grand Vizier and Magician Imhotep.
The magical vessel is over 13 feet long and contains a very sacred jewel and a magical seal. This new magical vessel that we now provide is an exact reproduction, although in a much smaller scale, of this magnificent work. All of the inscriptions, and magical symbols are included in this vessel.
This is the first time that we have offered such a vessel.  We have also included within the vessel 44 ancient seals. The seals were used by King Solomon in order to connect with the magic of the guards and the spirits that were summoned at that time. When used together, this magnificent vessel can help summon great magical powerful, protection, and the ability to evolve to the new owner.  We will grant a one of a kind spell for the new owner that will allow them to summon great power for themselves and for their families. Simply place a picture inside the vessel of up to three individuals that you would like to bless with this power. At the present time we only on one of these vessels, but we may be able to get at least one or two more in the future.
This power was formally only available to kings and monarchs. For the first time we have made this available to our followers.
Price: $7000