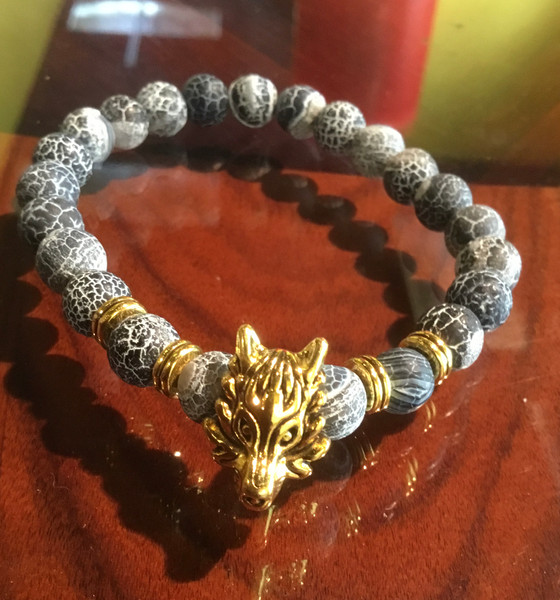 The story of Freki And Geri (Odin's Guardians)

There once was a time that Odin traveled by himself, fulfilling his purpose and carrying out the tasks of the Gods. Deep in his journey he came to a point where he became furious at the silence as loneliness walked in his shadows. One evening sitting by a thick, tall fire he began to chant, in a faint whisper, an invocation of the Gods. For hours he chanted this invocation over and over, until the rhythm of the chant put him to sleep. Almost as fast as he went to sleep , he woke. The fire had went out , smoke was rolling off what appeared to be the logs. Slowly, he got up to restart the fire and sees 2 puppies curled up in the center of the fire. he was confused, yet relieved his friends and guardians had finally been brought to earth.

One female (Freki) and one male (Geri), like ying and yang with a big bite! They roamed the world together for ages protecting Odin and populating the rest of the world. Stories says that Odin instructed man to follow the wolf to learn love and loyalty, the same as a wolf would with their pack.

The Odin Wolf bracelet represents the most valued characteristics of bravery, teamwork, and shamanistic power. It is hand made and is connected to the All-Father 0din. Lord Odin is accompanied by a number of magical beings, none the least of which are powerful magical wolves that both protect and empower him.  These bracelets were specially made and empowered for our followers and allows them to have a special connection with the power of Asgard.

The Odin Sword- The Oversword of Asgard