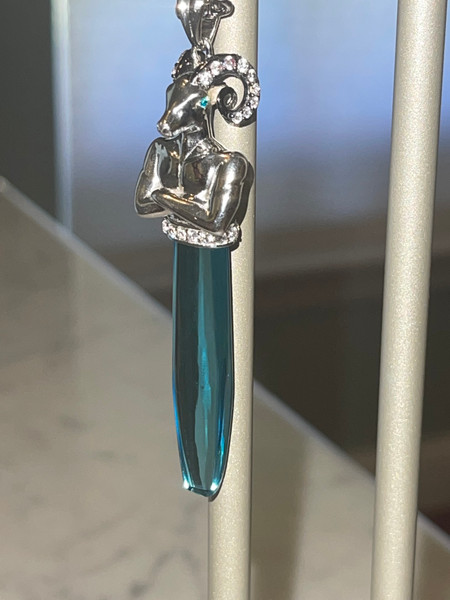 Amun is often referred as King of the Gods and was among the most powerful Gods in ancient Egypt. Throughout the history of Egypt he has been an important figure and when combined with Ra, the Sun god, he became even more powerful and was referred to as Amun-Ra. Amun is often known by names like the god of the sun, air, and the sky. He is the member of the Ogdoad of Hermopolis and was one of the eight gods who formed the same, followed by the Theban Triad. The symbol used for representing the god is the ram.

His name means "the hidden one," "invisible," "mysterious of form," and unlike most other Egyptian gods, he was considered Lord of All who encompassed every aspect of creation.

Queen Hatshepsut (1479-1458 BCE) proclaimed that Amun Ra was her father and thereby legitimized her reign. Alexander the Great would do the same in 331 BCE at the Siwa Oasis, proclaiming himself a son of the god Zeus-Ammon, the Greek version of the god. In Greece, Zeus-Ammon was depicted as the full-bearded Zeus with the ram's horns of Amun Ra and associated with power and magical force.

The God Amun Ra is a powerful source of magical energy and power that is scarcely touched today. He radiates a number of strong magical currents through the sun that are designed to give life and healing to the body.

This pendant connects the soul of the user to The Solar God Amun Ra. Amun Ra is the God of the sun and of creation, so wearing this pendant is like having a direct connection to his divine power. Just holding it in your hand will allow you to feel the energy emanating from it. Wearing this pendant will allow you to tap into the power of the sun god and harness his strength. You will be able to feel his presence with you at all times, giving you a sense of comfort and protection. This pendant is truly a magnificent thing and wearing it will make you feel closer to the divine.

Note: We have 2 pendants currently in stock. These pendants are made to order and take about one month to be received once ordered.