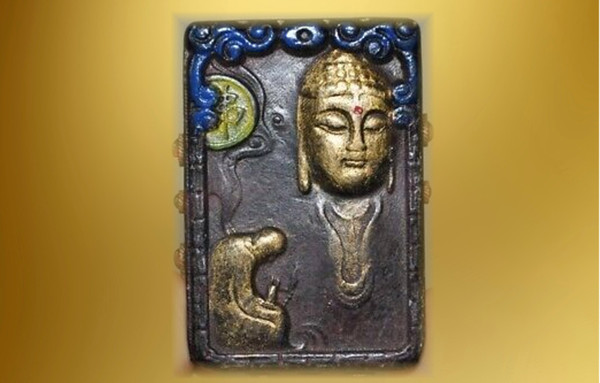 The Sky Iron Golden Buddha of Light is a celestial power amulet that helps with healing, fertility, and resurrection.