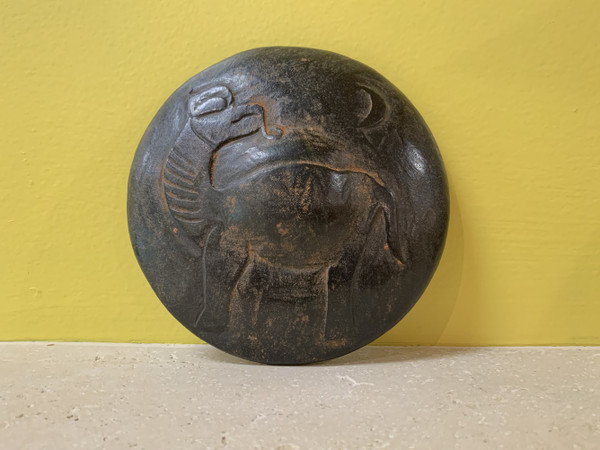 The Sky Iron Repeller of Demons repels demons in a 3000 square foot area with the power of the sun and moon.