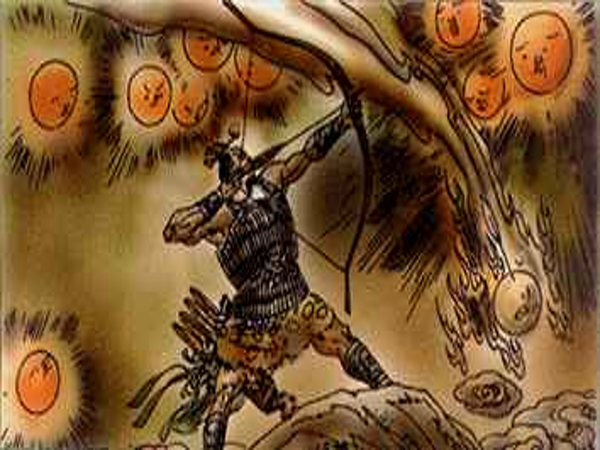 The Solar Words of Power Part I:
Secrets of the Lost Solar Cultures - Live Webinar
In pre-scientific understanding, the sun that was responsible for bringing about each new day. It also warmed the earth and finally brought about the end of each winter, providing the necessary conditions for planting and cultivation. It was the largest object in the sky. Its brilliance was overpowering, and its heat could destroy. In the ancient world, the sun was the most powerful object known to man. As a result, it was common for ancient peoples to worship the sun or perhaps, more accurately, the sun-deity. The ancients would not have viewed the sun as an inanimate object, but rather as a deity or as part of a deity. The distinction between the physical and spiritual or the natural and supernatural was far less distinct than in modern thinking.
All of the nations surrounding Israel were involved in sun worship. In Egypt the sun god was called Amun-Ra; in Mesopotamia, Shamash; and in Canaan, Shemesh. One of the Canaanite cities conquered by the Israelites was Beth-Shemesh, “house of the sun,” which may have been a center of sun worship. The Babylonians and Assyrians were also involved in sun worship. The ancient solar cultures also extended to Asia, Central America, Africa, and South America.
For the Aztecs, who lived in central Mexico, Tonatiuh was a Sun god. Aztecs believed that four suns had been created in four previous ages, and all of them had died at the end of each cosmic era. Tonatiuh was the fifth sun and the present era is still his. Tonatiuh was in charge of the Aztec Heaven called Tollan. Chinese people believed that there existed ten suns that appeared in turn in the sky during the Chinese ten-day week. Each day the ten suns would travel with their mother, the goddess Xi He, to the Valley of the Light in the East.
The ancients knew how to communicate with the sun and draw powerful magic from its core. Our modern followers have been introduced to some of these techniques and have witnessed this power for themselves. The Solar Words of Power Lecture Series explores the rare hidden world of solar magic and solar words of power than can change your life forever.
This will be a webinar lecture series conducted on the Zoom platform.
There will be four lectures in this series. Each lecture will be 45 minutes long with 15 minutes at the end of each lecture set aside for questions.
NOTE: If you can't attend the live event, register BEFORE the event and you will receive a cloud recording within 48 hours after the event. All attendees will receive the recording as well. Registration ends April 26th at 11:59PM Eastern Time.
Date: April 27th, 2021
Time: 11:00am - 12:00pm
Price: $99.95 per lecture
Master Mitchell Gibson

The Solar Words of Power Part I: Secrets of the Lost Solar Cultures (AUDIO ONLY DOWNLOAD)