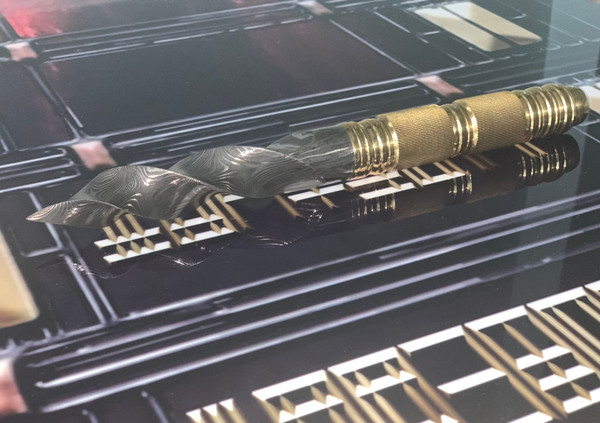 The blade of a magical dagger or sword has the power to draw down positive currents from the higher worlds and to reverse negative current from the lower worlds. The blades contain a number of whorled energy patterns that reflect the different types of current that have been worked into the metal.

When combined with certain postures and internalized mental incantations, these energies can strengthen the body against negative currents and destroy the accident and injury nexus implants in the body. This is the secret reason that many sword katas and forms were established. They protected the warrior against injury and accidents in battle and allowed them to fill their forms with positive currents that would help them be victorious against their enemies. The warriors that were the most diligent and fastidious in their work often attracted the help of various spirits and elementals. These entities filled the energy patterns of the swords. The name of the spirit was often then assigned to the sword. This is how many ancient swords attained their names.

The power gathered by the spirit and the sword, or dagger, often allowed its user the ability to travel between worlds. The sword and the spirit protect and empower the user during these trips. This is the reason why so many of these blades are found in the tombs and crypts of warriors and leaders.

The Damascus Steel Dagger of The Holy Archangel Michael

The Damascus Steel Dagger of The Holy Archangel Michael

The Damascus Steel Sword of The Holy Archangel Michael