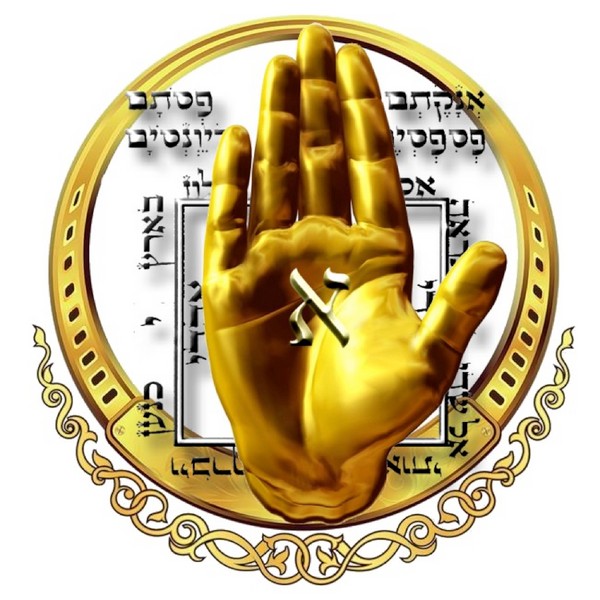 The Hand of God

The Hand of God, or Manus Dei in Latin, also known as Dextera domini/dei, the "right hand of God", is a motif in Jewish and Christian art, especially of the Late Antique and Early Medieval periods, when depiction of Jehovah or God the Father as a full human figure was considered unacceptable. The hand, sometimes including a portion of an arm, or ending about the wrist, is used to indicate the intervention in or approval of affairs on Earth by God, and sometimes as a subject in itself. It is an artistic metaphor that is generally not intended to indicate that a hand was physically present or seen at any subject depicted.

The Hand is seen appearing from above in a fairly restricted number of narrative contexts, often in a blessing gesture (in Christian examples), but sometimes performing an action. In later Christian works it tends to be replaced by a fully realized figure of God the Father, whose depiction had become acceptable in Western Christianity, although not in Eastern Orthodox or Jewish art. Though the hand of God has traditionally been understood as a symbol for God's intervention or approval of human affairs, it is also possible that the hand of God reflects the anthropomorphic conceptions of the deity that may have persisted in late antiquity. (Wikipedia)

In the Higher Spiritual Orders, the Hand of God took on a greater purpose.  It was designed to expand and empower the connection of the higher mind with the lower conscious mind.  The scientists of the Orders understood this connection centuries before it became known to secular science.  The Scientists have known for decades that the subconscious (or unconscious) mind is more powerful than the conscious mind. Some of them even suggest that if you can access and control your subconscious mind, doing extraordinary things such as telekinesis will be like a walk in the park.

Through its complex mechanism of neurological functions, the brain is responsible for vital emotions, including negative emotions. These include anger, happiness, grief, shock, and the like. These interpretations give shape to the kind of behavior we exhibit. It influences whether a person cultivates positive thinking or limiting beliefs.

In order to use this book, you will not need any written words of instructions.  Many of the images are designed to guide you at the unconscious level, where real leaning and growth take place.  The outer world conscious mind learning system was designed by lower forces to distract and frustrate humans.  It also prevents them from reaching any meaningful plateaus of spiritual growth in any one lifetime.  Manus Dei helps the human mind grow and evolve in power and awareness through unconscious learning processes not available to the average person.  This is how God intervenes in normal human affairs in order to level the playing field.

Allow your subconscious mind to do all the work. Look at the page for as long as you wish.  Do not attempt to understand the image or the meaning behind the sigils.  The unconscious already knows and will use the symbols and pages as a kind of food for the nourishment and growth of your higher mind and awareness.

OXALDRA: The Art of Prophecy