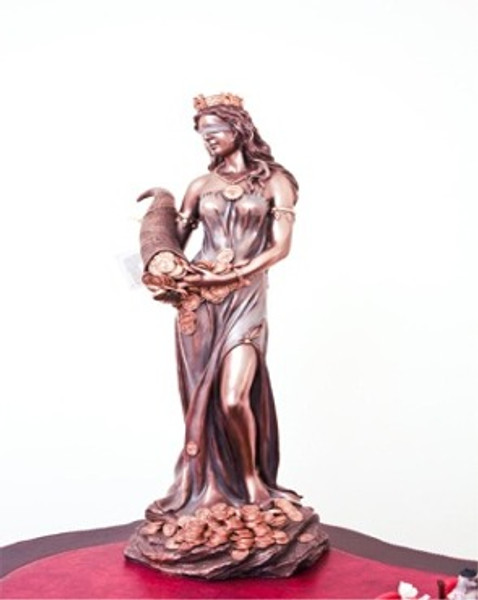 The Goddess Fortuna was a major deity among the ancient Romans. In fact, she held charge of the fates of all humans in her early career. So imagine in ancient Rome - the fate of your fortune was known and even influenced by this goddess. With this kind of mindset, it's understandable why Fortuna was afforded the most luxurious kind of worship. Extravagant altars, celebrations and placations flowed from the community to Fortuna.  all in hopes to gain good fortune.

The Spell for The Goddess Fortuna invokes her goodness, blessing, and grace.  Repeat the spell when you need good fortune, a little more luck, or some extra luxury in your life.  The spell is ancient and has been repeated for centuries.  We enclose the entire spell here but the recording adds extra power.

Oh Fortuna, Angel of Supply
Of all God's wealth from realms on high
Release Thy treasures from the Sun
And now bestow on everyone
Whose heart beats one with God's own Light
The power to draw from heaven's height

Abundance to expand the plan
The Masters hold for every man.
Attune our consciousness with Thee
Expand our vision now to see
That opulence is meant for all
Who look to God and make the call

We now demand, we do command
Abundant manna from God's hand
That now below as is Above
All mankind shall express God's Love.

As I will so mote it be