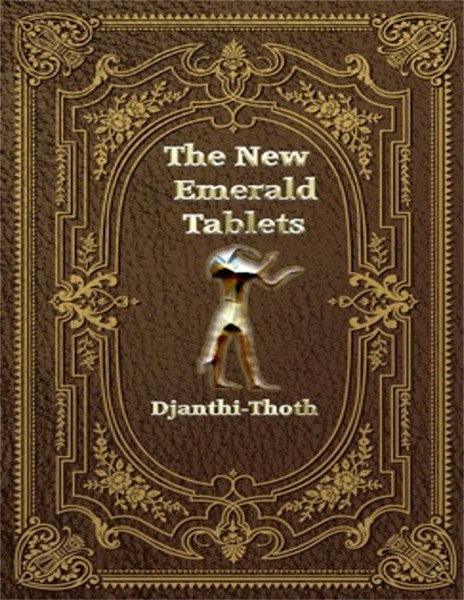 The Original Emerald Tablets were designed to create a community of illuminated and enlightened humans that could lead mankind into the stars and beyond.  In their original design, man only needed to look at the tablets in order to activate the hidden elements within consciousness that could lead to elevation.  These tablets were destroyed and only one tablet remained. In fact, man was only allowed one page of that book of tablets.  That page was in truth an introduction to the tablet itself.  As a result, mankind has been denied access to the True Emerald Tablets for thousands of years.  Most have been led to believe that the introductory tablet is all there is.  In truth, there is much, much more.

For the first time in over 5000 years, Djanthi/Thoth has decided ti give mankind access to the True Emerald Tablets. These tablets are designed to awaken the latent spiritual potential within the physical body, astral body (positive and negative), solar body of light, dream body, and celestial body of light. As the individual looks at the tablet, specific spiritual DNA sequences are turned on. These sequences expand the aperture of consciousness within the user and in in so doing, expand the locus of light within the mind. The dual expansion of consciousness establishes a network of illuminated beings that will establish a community of awakened human on earth. These humans have been part of the vision of Djanthi/Thoth for thousands of years.

The Illuminated Tablet will contain 100 individual tablets and will be designed to elevate the consciousness and spiritual DNA of the user.  These tablets will help the user become a leader within the general community.  They will also allow for accelerated spiritual evolution and teaching ability.