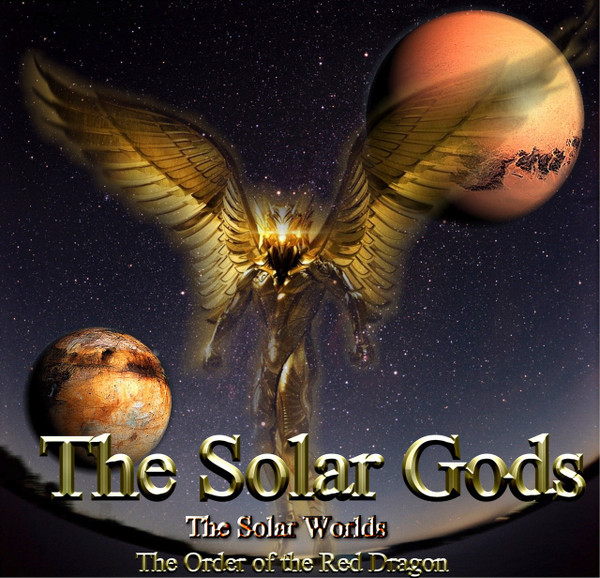 The Order of The Red Dragon

As children we are taught that if you live a good life you will get your reward in heaven. We are never actually taught where heaven is or how to get there.  At the moment of death, a number of gates open to the higher and lower worlds. Furthermore, a number of gods appear around the transitioning consciousness in an attempt to help you enter their world(s).  Most of us never go to a higher world and when we are made the offer, we overlook the potential gifts of the gods. Most of us choose the earth gate and gates to the lower worlds.

In The Solar Gods, we will offer you a look into the worlds of the highest gods that exist in our domain. These are gods of light and power that communicate with us through the Sun.  They sustain various aspects of our lives and shelter those who know them in the afterlife. This book will describe these worlds in detail including how to get there, the gods that rule them, and how to work with the gates that lead directly to these domains.

There are a large number of solar gods.  They are benevolent and they like to work with humans. They are the source of much of the power wielded by The Order of the Red Dragon. Knowing how to invoke the solar gods, their gates, and the worlds that they rule is a high blessing previously only reserved for nobility, magi, and enlightened spiritual teachers.  For the first time we will give you a detailed glimpse into the higher worlds and the gods that rule them. These worlds are an extension of the consciousness and will of the gods and incarnating on these domains is a high honor. One only need to know the name of the gods, their invocations, and the name of the worlds that they rule in order to advance in consciousness. Even during physical life, visiting, invoking the power of, and developing a relationship with The Solar Gods is a high honor and rite of passage.

*Advanced text orders typically take 1-2 weeks to arrive, as they are ordered on demand.