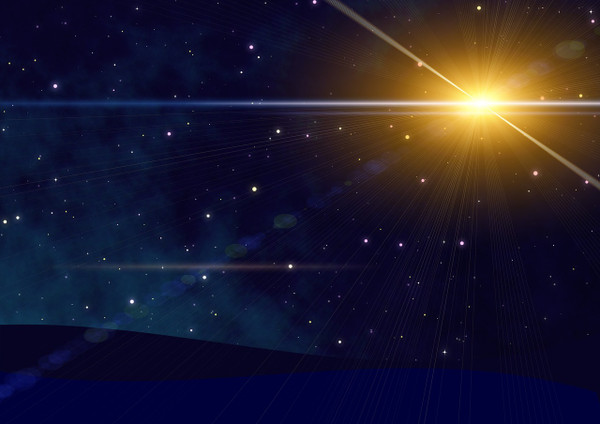 Spica is one of the truly great stars in the sky, the one which gave us our word ‘star’, and at least as important as the four archangel stars…The considerable distance between Spica and its nearest neighbors has inspired some cultures to call it ‘The Lonely One’ and names like that, often to distinguish it from the equally prominent Arcturus, on almost the same Zodiacal longitude but higher in the sky and much closer to its neighbors in Bootes.

Astrologically, Spica is a ‘Good Star’. As the star of the grain harvest, it is the provider of our material needs, and indeed it does always show up well in that respect. Spica is also noted for its spiritual and religious qualities, as we must expect after all we have seen about Virgo, and indeed people with this star strong in their horoscopes do very often gain high place in those fields of life. Psychic awareness is also above average in such people, especially if the more sensitive planets, Moon, Venus, Neptune or Lilith are conjunct Spica.

To Spica are ascribed honors and fame. Spica is of marked good fortune for scientists, writers, artist-painters, sculptors and musicians. Spica gives artistic skill, drawing ability, musical talent and a good sense for literature and the sciences.

The Spica Attunement is designed to help the user develop honor, fame, luck, psychic awareness, and material needs. It contains the sound of the star Spica itself, two powerful nebula, and an immense quasar in the Andromeda galaxy. The attunement should be used whenever you feel the need to rise in your life and to develop the traits that Spica brings to the surface.

This is a 10" x 14" Particle Radiator. It works well with the Spica Attunement Download.