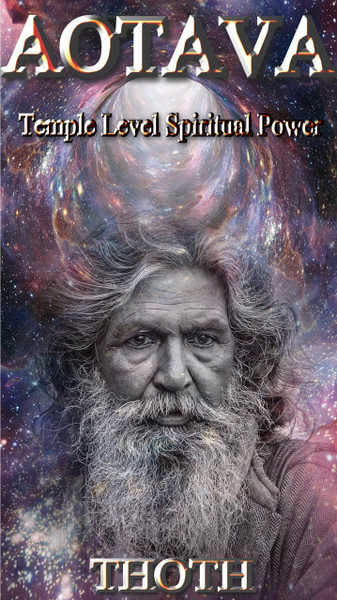 Aotava
Temple Level Spiritual Power and Text
In ancient times, there were three levels of spiritual power that were accessible to ordinary mortals through worship. Home altars allowed contact with the gods through worship, offerings and prayer. Home deities were gods who were contacted through personal altars.  In Ancient Greek religion, Hestia is a virgin goddess of the hearth, architecture, and the right ordering of domesticity, the family, the home, and the state. In Greek mythology, she is a daughter of Cronus and Rhea. Many religions had a god/goddess of the home.  Any god/goddess may be placed on the altar, but the god/goddess of the home specialized in empowering the home and its inhabitants.
Public temples were erected for the purpose of connecting with the gods of the region.  These temples were tended by priests and priestesses at all times.  Offerings made at these temples were more substantial.  Anyone could attend but most people only attended during mass celebrations, holidays, and to pray for protection during famine, droughts, illness, and war. Modern churches, temples, and places of worship are direct descendants of these places.
The Temple of God was a very special place.  These temples were manned by individuals who were considered to be direct manifestations of the Creator.  Oracles, sybils, prophets, and avatars of the gods mediated worship and offerings at these temples. These Temples often held items of great power.  The Temple in Jerusalem was originally built in ancient Jerusalem in c. tenth century B.C.E. Also known as Solomon's Temple, it was the national center of Israelite religious life. It was located on Jerusalem's Temple Mount. The most famous artifact in Solomon's Temple was the legendary Ark of the Covenant. According to the Bible, Solomon's Temple replaced the Tabernacle of Moses. The Temple was a place where one could had direct contact with divine forces at a very high level.
Aotava is a celestial word that means “raw spiritual power”. These texts will contain the highest level of ancient power that we have released.  They are representative of 100 hand picked articles of power that were formally stored in the highest and most powerful temples.  Before the temples were torn down, a number of members of the Order secreted them away for safe-keeping.
These texts will contain the next highest level of ancient power that we have released.  They are representative of 50 hand picked articles of power that were formally stored in the Temple. They will also be signed and numbered. These texts contain specially empowered temple level plates that contain the ancient power of the high temple of the gods.  For the first time, you will be able to use this power in your home.
Temple texts are direct connections to the divine celestial world that were only available to the high priests, sybils, oracles, and avatars.  The texts encoded the power of the gods and the stars and were used by special invocations and touch practices that released the energy directly into the recipient.
In ancient times, entry into The Temple often required a special writ from the ruling the high priests or rulers of the area.  This insured that the entrants did not misuse the secrets of the Temple or share them with others outside the domain.
Master Temple Texts: $3000
Temple Level Texts: $1000