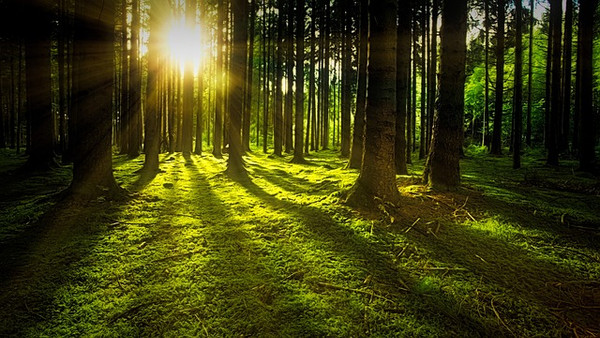 The Celestial Radiator Series
Celestial Radiators are divinely empowered tools that are used to enhance meditation, protection, and empowerment protection practices. They are usually keyed to specific deities or sources of power. They are often used in daily ritual worship at home or in temples, and sometimes worn as a talisman. These radiators represent the power of a specific deity or source of power on earth.
Celestial Radiators emanate from a central point, called the bindu very similar to yantras. The radiator typically has several geometric shapes radiating concentrically from the center, including triangles, circles, hexagons, octagons, and symbolic lotus petals. Celestial Radiators can be on a flat surface or three dimensional. Celestial Radiators can be drawn or painted on paper, engraved on metal, or any flat surface. Occult radiators are used as good luck charms, to ward off evil, as preventative medicine, in exorcism, etc., by using their magical power. When used as a talisman, the radiator is seen to represent a deity who can be called on at will by the user. They are traditionally consecrated and energized by a priest, including the use of mantras which are closely associated to the specific deity.
The Celestial Radiator Series is a grouping of radiators empowered directly by Dr. Gibson.  Each radiator is keyed to a specific power source that Dr. Gibson works with directly.  The radiators were created by Dr. Gibson and are engraved directly into metal. Each metal radiator is 8” x 10” and is designed to be placed in a home, office, or altar space.  We will release a series of Celestial Radiators with different powers.

This radiator projects the energy of all three of these deities at once. This energy will bathe your altar space, home, and office with their light.

The Archangel Raphael Celestial Radiator -  Archangel Raphael is the supreme healer in the angelic realm and chief role is to support, heal, and guide in matters involving health. Raphael means "God heals" or "He who heals" in Hebrew.  Many believe that it is derived from the Hebrew word Rophe, which means "medicine doctor. In Catholicism, he is Saint Raphael, the patron of healing, physicians, travelers, and matchmakers. The Archangel Raphael Celetial Radiator emits the raw power of the archangel from the angelic realm.  The Archangel Raphael has given the Master a new sigil that radiates angelic power that is included on the radiator. This is an 8” x 10” metal radiator should be placed on the wall.  It is a direct conduit to the archangel. It has a ten-foot spherical radius of projection.

This photo is not a representation of the actual Radiator.

The Invocation of The Archangel Michael