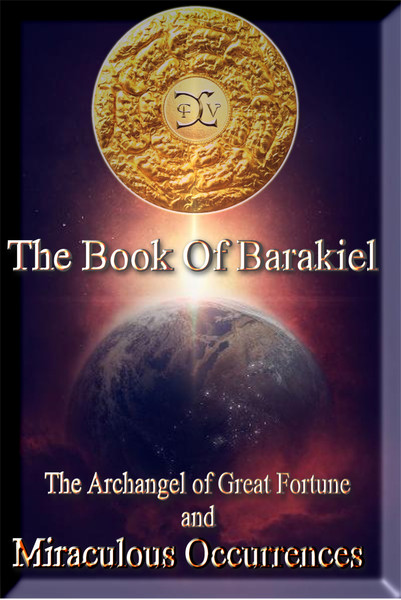 The Archangel Barakiel is the most powerful entity connected to changing one’s fortune for the better.  This Archangel has legions of angels that serve under his domain.  Each of his angels helps the human race to evolve and gain more of the fortune that belongs to us. Barachiel is an archangel known as the angel of blessings and this angel is also the chief of all of the guardian angels. Barachiel (who is also often known as "Barakiel") means "God's blessings. The Archangel Barakiel has the singular responsibility of bringing to earth all miraculous occurrences.  Barachiel intercedes in prayer before God for people in need, asking God to give them blessings in all areas of their lives, from their relationships with family and friends to their work. People ask for Barachiel's help in achieving success in their pursuits. Since Barachiel is also the chief of all guardian angels, people sometimes ask for Barachiel's help delivering a blessing through one of their personal guardian angels.

The Third Book of Enoch, an ancient Jewish text, describes archangel Barachiel as one of the angels who serve as great and honored angelic princes in heaven. The text mentions that Barachiel leads 496,000 other angels who work with him. Barachiel is part of the seraphim rank of angels who guard God's throne, as well as the leader of all the guardian angels who work with humans during their earthly lifetimes.

The miraculous occurrences that happen on earth all emanate from the current of energy created by The Archangel Barakiel through his intercessory prayers.  This current is strongest from sunrise to sunset every Sunday.  Barachiel rules the planet Jupiter and is linked to the Pisces and Scorpio zodiacal signs. Barachiel is traditionally said to inspire a sense of humor in people who encounter God's blessings through him.The Celestial Tablet of the Archangel of Miraculous Occurrences is a physical condensation of the celestial power of Barakiel.  This power is concentrated within the pages of the tablet and forms a lens through which this blessing power spreads each daily, but most especially on Sunday, into the lives of the owners.
This tablet is the first of its type that we have ever released.  It is a direct condensation of celestial power and as such has very little English direction, very similar to Manus Dei and the Book of Leaves.  These very special images are empowered with the singular angelic language of The Archangel Barakiel which has no human translation. The power of the words is directly keyed to the actus region of the human soul and as such, it places miraculous occurrences in the lives of the owners as needed.
Price: $3000