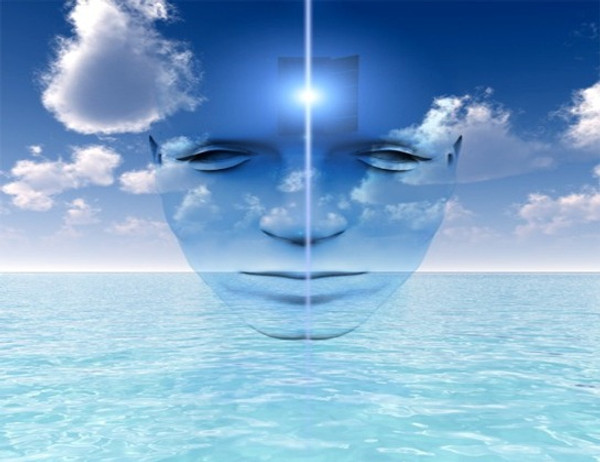 Base Frequencies:  each of the sounds is composed of a series of basic frequencies.  These frequencies are mixed together in a special series of combinations that have never been heard before on this world.  These combinations allow for the unleashing of dormant DNA material that will allow the gradual unfolding of the attunement to higher consciousness.

Spin Rate:  sound waves spin and each of the sounds that are part of the attunement package spin in a certain frequency direction. This special spin is a crucial property of the attunement.  It allows the brain to latch on to the sound and process it in a way that prevents fatigue and lack of focus.

Frequency Mix Percentage:  there is a specific mixture of each of the component frequencies in dual mode.  These mixtures allow for the basic heightening of consciousness.  As one gradually attunes to each sound, the ability to sense reality at the higher levels of consciousness emerges.

Scalar Sound Waves:  A Scalar Wave is a multi-dimensional standing wave pattern that emanates out of a fixed point of sound -tonal vibration - within the Morphogenetic Field (MF) of the Cosmic Unified Field of Energy.

Scalar waves appear to move from one place to another, but in truth they are stationary points of light that are strung together in sequences, within the fabric of the cosmic morphogenetic field.

The appearance of the Scalar Wave movement is generated as sequences of scalar wave points are activated or "lighted" in synchronization with each other (an effect that can compare to progressively flashing a series of bulbs, strung out in a line off and on, one at the time, flashing the first bulb off as the second lights, etc, whereby it appears that the light has moved from one point in the line to another) Scalar Waves are forms of Consciousness. Each wave is a standing packet of specific quantities of Consciousness. In other words, as you listen to specifically programmed scalar waves, various regions of here-to-fore closed levels of Consciousness are gradually nudged into open awareness.  Scalar sound waves act like a light being turned on in a dark room.  This light helps to awaken the sleeping areas of the mind as the attunement progresses.  Attunements 9-13 are programmed with scalar sound waves.

Local Star Sounds: There are more stars in our reality than grains of sand on all the beaches in the world.  All of these stars create waves of sound that affect our consciousness.  The first attunement is composed of a series of special sounds from the local star clusters near our world.  These sounds help us tune in to the relevant energy from the most powerful stars in our reality.

There are 13 different attunement sounds in the attunement package.  The sounds should be used in order, starting with attunement one, for one week before moving to the next highest sound.  Each of the sounds has a specific name and function.

This attunement allows the energy of the local star systems to guide the opening of human consciousness beyond three dimensional space.

Local star sounds from Rigel One, Alpha Centauri A, and B

Advised length of use:  once daily for one week

This attunement begins the opening of consciousness to the fourth dimensional worlds around our planet.  After using this attunement for one week, your dreams will change.

Advised length of use: once daily for one week to two weeks

This attunement allows the beginning of the process of opening awareness into the Celestial Worlds.  This is a very important attunement and should not be completed out of turn.  Attunements, one, two, and three should be completed prior to attempting this one.  The spin rate and frequency of energy on Scharum is significantly higher than the lower attunements.  This attunement begins a three step process of opening human awareness to the Higher Celestial Levels of Consciousness.

Advised length of use: twice daily for one week

This attunement is as much an invocation of higher consciousness as it is a discrete set of frequencies. Even though this attunement does not yet involve scalar sound waves, its effect is designed to open up the higher mind to the awareness of lower consciousness.  As such, it continues the process of opening awareness into the Celestial Worlds.

Advised length of use: once daily for five days

This attunement begins the process of allowing one to perceive the energies of the Primordial Worlds.  After the completion of the Celestial World attunements, one will be ready to perceive the next level of reality.  The Primordial Worlds are the first created worlds in our reality. They are the Worlds of the Higher Gods and Angels.  Perceiving this reality comes in stages.  Attunements 7-10 help one begin and further this process.

Frequency Mix adjustment to 39%  (all prior attunements at 50%)

This attunement continues the process of allowing one to perceive the energies of the Primordial Worlds.  Pcharum is special in that the spin rate is increased to 50 for the first time.  Also, the base frequencies rise above the 1000hz range for the first time.

Advised length of use: one daily for one week

This attunement continues the process of allowing one to perceive the energies of the Primordial Worlds.  Florisum allows sight and hearing in the Primrodial World while still emobodied in the physical.

Advised length of use: twice daily for two weeks

This attunement allows for projection of physical consciousness into the Primordial World. In this way, one may feel the body present on a Primordial Planet.

Advised length of use: once daily for one month

This attunement allows one to tune into the aspect of Self that is Source.  Each of us has a presence in the Source.  This presence creates our arms and legs, body, mind and soul.  Our Divine Parents utilize the presence to coordinate our very existence.  As such, we are totally unaware of this aspect of Self.  It is our purest and Highest Creative Energy.  Onyichium allows us to consciously commune with and experience this level of Self.

My Father asked me not to reveal the frequencies and rates associated with attunements twelve and thirteen. I honor his request and further state that they are so complex that any explanation would be futile at best.

After using attunements 1-11, one may use twelve and thirteen at will.  At this point, Consciousness has been attunement to the point where one no longer needs advised guidance.

To understand The Primordia, we must talk physics for a bit.

The Primordia is the sound energy that causes divine power to spring forth in all of us.  It is the sound that creates the spark. Proper use of The Primordia enables one to draw energy and power directly from sound.  It may over time mitigate the need for food, water, and air.  Use your now Attuned Consciousness to determine how to best utilize The Primordia.

The Attunement to Higher Consciousness Package will not be sold as individual CDs.  The packet will be provided in a special USB drive that will be mailed to the user.  The sounds are over 1GB in length and as such would make for a monstrous download, not to mention a huge drain on our servers.

We ask that each user respect the time, energy, and focus of meditation that went into the creation of this package.  As such, we ask that you not distribute or share these works with others.  They are for your own personal use.

Thank you for your support.