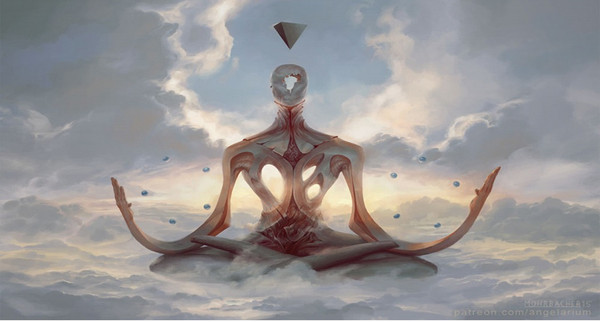 Blocking the Force of Death

The force of death is the most demanding and pervasive energy on our planet.  It is also one of the least understood.  Death does not simply claim a person in one fell act of destruction.  Typically, this force requires time to build up within the body before it acts.  Even an accident, murder, or seemingly instant acts of violence are the result of the accumulated energy of the force of death.  The daemonium is a cumulative term for all the energies that cause death, disease, and suffering in our domain. We are born with a specific amount of life force and death energy. How these energies manifest during our lifetimes, short or long, is entirely dependent upon our ability to use choice and power intelligently.

The Daemonium Card is designed to block the accumulation of the force of death in your life.  This force is insidious and can cause money problems, sexual difficulties, health problems, family issues, job problems, accidents, addictive behaviors and a host of other maladies that are designed to achieve one goal, your ultimate death.  As this force accumulates, you may not notice its initial effects.  Persistent money problems, persistent health problems, persistent difficulties of any sort are the result of this accumulated force.  Typically, by the time that you notice the problem, the force has already become an illness. If you use your power of choice and decision to block this buildup, you can extend the length of your life and avoid some suffering and illness.

It is not possible to avoid death and suffering altogether, but you can learn to decrease its effect on your life significantly by using this card. This card blocks the major energies transmitted by the dark forces of the daemonium. It also dissolves some of the accumulated force that has built up in your system.

The Daemonium Card is a five by seven coated anodized aluminum plate that will last for a very long time.

The Gods of Light Oracle Cards