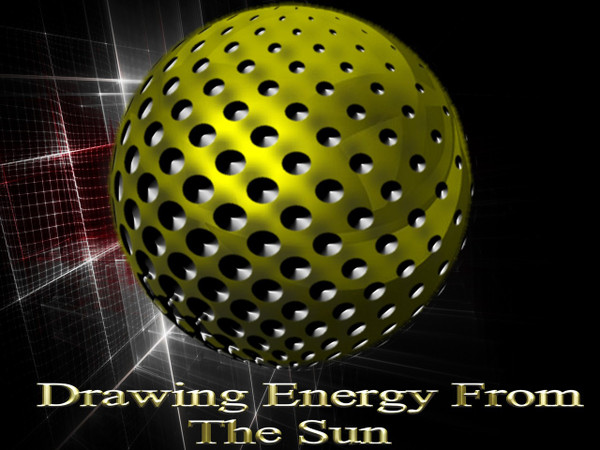 Sun gazing (also known as sun-eating) is a strict practice of gradually introducing sunlight into your eyes at the lowest ultraviolet-index times of day – sunrise and sunset. Those who teach the practice say there are several rules to the practice. First, it must be done within the hour after sunrise or before sunset to avoid damaging the eyes. Second, you must be barefoot, in contact with the actual earth – sand, dirt or mud; and finally, you must begin with only 10 seconds the first day, increasing by 10 second intervals each day you practice. Following these rules make the practice safe, says sources.

Sun-gazing is also a practice also called the HRM phenomenon, coined as such after Hira Ratan Manek, the man who submitted himself to NASA for scientific testing to confirm that he does indeed possess the almost ‘super-human’ ability of not eating, gained through his dedication to this interesting marvel. Funded by NASA, a team of medical doctors at the University of Pennsylvania observed Hira 24 hours a day, 7 days a week for 100 days. NASA confirmed that he was indeed able to survive largely on light with occasionally a small amount of buttermilk or water during this time.

I have done my own private research on the matter of sunlight and superhuman consciousness. I did not want to only depend on NASA and outside authorities. This book is an introduction to years of my own personal work. I found that taking in sunlight can be a safe and rewarding practice. Through the ingestion of sunlight through my eyes, acupuncture meridian, and specialized mudras, I have increased my ability to astral travel outside of my body, lucid dream, communicate with entities in the celestial worlds, enhance my creative abilities, and a host of other abilities that have come directly from the Sun.

I do not recommend this practice. There are those among you who would abuse it and not follow the safety guidelines thinking, if a little is good, more must be better. This is not the case. Millions of people watch the sunrise and sunset safely every day, but watching the sun outside of these parameters is very dangerous.

After many years of sun gazing, I have reaped many benefits but I also took many risks that I do not recommend to the masses. In this work, I will show you how I did this and give you a basic primer on the mechanics of solar gazing.

Solaris: Drawing Sexual and Creative Energy from the Sun

Solaris: Drawing Sexual and Creative Power From The Sun - E-Book

Solaris: Drawing Sexual and Creative Energy from the Sun