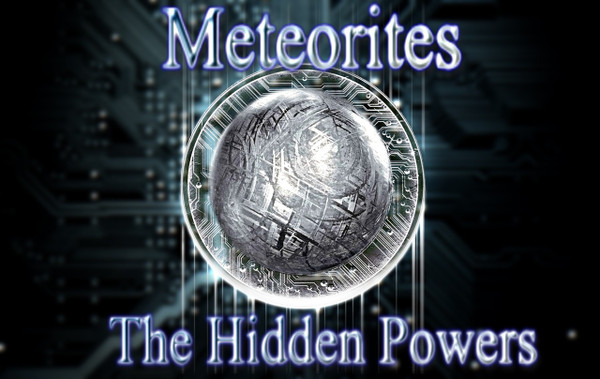 Meteorites are mysterious and powerful objects that fall to earth from the heavens.  For thousands of years these objects have been collected, venerated, and even worshipped. The Vatican sends priests all over the world to collect and study them. Small fragments of certain meteorites sell for thousands of dollars. Meteorites are much more than bits of rock and dust from space.  Scientists have known for decades that meteorites contain DNA, organic matter, and many molecules that form the basis for living tissue.

How could these molecules survive the freezing vacuum of space, thousand degree temperatures that are part of their entry into our atmosphere, and the kiloton force of impact with earth? DNA is a fragile organic molecule and should not survive these conditions.  We are not being told everything about these objects.

In this new one-hour webinar, we will explore the hidden side of meteorites that scientists will never tell you about. Meteorites are fragments of gods, angels, elementals, demons and other gigantic supernatural beings. Sometimes these fragments are remnants of their shattered bodies that fall to earth. Sometimes these beings deliberately send meteorites to earth as messengers of higher consciousness and gifts to the lower races.

In The Hidden Powers webinar, you can find out which beings inhabit many of the meteorites in this world and how you may take advantage of this power. We will tell you which ones are safe and which ones are not.

Do not miss this webinar.