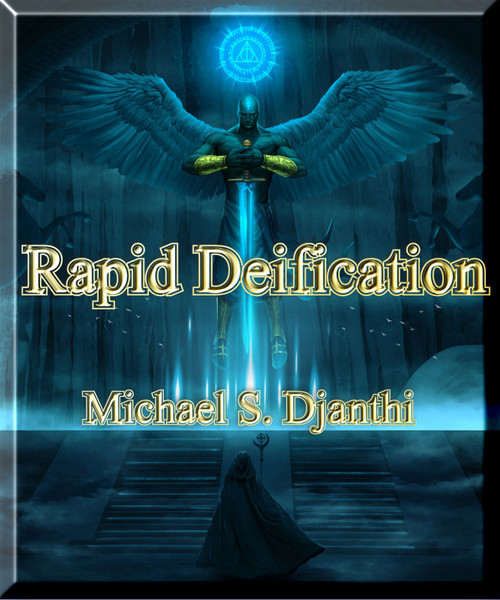 NOTE: NO DISCOUNT CODES OR REWARDS POINTS ARE AVAILABLE FOR USE FOR THIS WEBINAR. ANY POINTS USED WILL NOT BE REDEEMED BACK TO YOU AND THE WEBINAR LINK WILL NOT BE SENT. YOU WILL BE IMMEDIATELY REFUNDED.

Rapid Deification is the process by which the body is infused with divine energy in order to speed up the process of turning the body into a divinized vessel. Normally, this process requires thousands of years, but rapid deification reduces the time greatly. In this process the major organs, the minor organs, skin, nerves, muscles, and other tissues are filled with celestial spell fluid energy. These energies restore the divine state of the body and accelerate the realization of the spiritualized state. The body from that point on functions as a deity in the human world. Divine powers unfold faster. Divine senses unfold faster. Divine consciousness unfolds faster. The newly divinely realized body begins to restore itself to a higher state and you begin to function as a deity of light as you develop. We all have a God of Light and this tablet will bring that God of Light to the surface. This process used to be hidden from the world and performed only on high mountaintops in a specific region of the world. It is an extremely rare process known by only a few in this world. For this to happen, one will need to perform the practices and mantras within the book every day until Deification is complete. Consistent work will lead to a grand reward. For some, a lifetime of evolution could be shortened to just a few months.

This webinar will serve as an introduction to this extremely powerful practice. It will dive into the different superhuman groups around the world that have completed the process of Deification. These groups live completely separate from humanity. We will also give ONE technique one can use for this process. For a deeper dive into this practice be sure to get your hands on one of the Limited Edition Rapid Deification Tablets. Note: If you purchase the Tablet, you will receive this webinar for FREE.

NOTE: If you can't attend the live event, register BEFORE the event and you will receive a cloud recording within 48 hours after the event. All attendees will receive the recording as well. Registration ends September 26th at 11:59 PM Eastern Time.

Learning to Look Into the Future - Webinar

The Body of Wealth Webinar