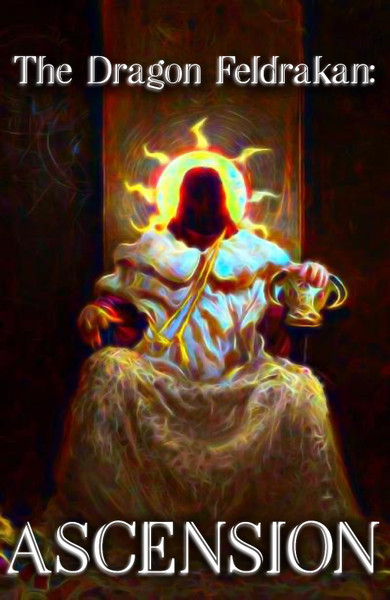 The Dragon Feldrakan: Ascension E-Book
This place was dark. I don't know how long they had kept me here, but I realized that they didn't know who I really was. They thought I was human, and that was their first mistake. The room was too small to hold my true form, and I was forced to eat the food that they threw me once a week. They gave me a leg of lamb that had been cured and salted beyond any reasonable sense of taste. They gave me a hunk of cheese. They gave me a bucket of water which was slightly brackish to the taste, but served its purpose nevertheless. The room had no windows that I could make out. There was a slit in the ceiling that allowed some sunlight to pour in, and for some reason, they gave me a single candle with one match. I assume they thought this was funny, but they had no idea that my magic was as high as it was. I was going to use this candle and the slight bit of nourishment they had given me to escape this place. However, I needed to practice and I needed more light than was available at the time.
I could sense the presence of a strong magical current flowing overhead and through the building itself. I don't know if my captors could feel its presence. I don't know if they knew magic in the way that I knew magic, but I did know that I would use this current to change the very molecules of my body to slither through the atoms of this God-forsaken place that had been my home for so many weeks. I could sense my mate looking for me. I could sense her movements and her flight patterns and she was soaring above over and over trying to detect my presence. This place had been warded and in this human form, I could not summon enough magic to punch a hole through the ward and alert her of my presence.
I could not taste the air, I could not taste the sea which I could sense was close by. However, I could sense a dimensional rift that flowed through this area from time to time. It was small, but it would allow me an opportunity to transport out of this place and join her in the skies.
Thus begins the story of how The Dragon Feldrakan transformed into light. It is a story of love, survival, and magic. We include eight brand new spells of light that Feldrakan himself used to transform himself into light. This is a one-of-a-kind limited special release that you will surely treasure and enjoy.
This book is available until Monday, June 13, 2022 at 11:59 PM.
30 pages
Master
Ebook- you will receive your download immediately.
Price: $299.95

Reincarnation and Ascension : The Complete Rules