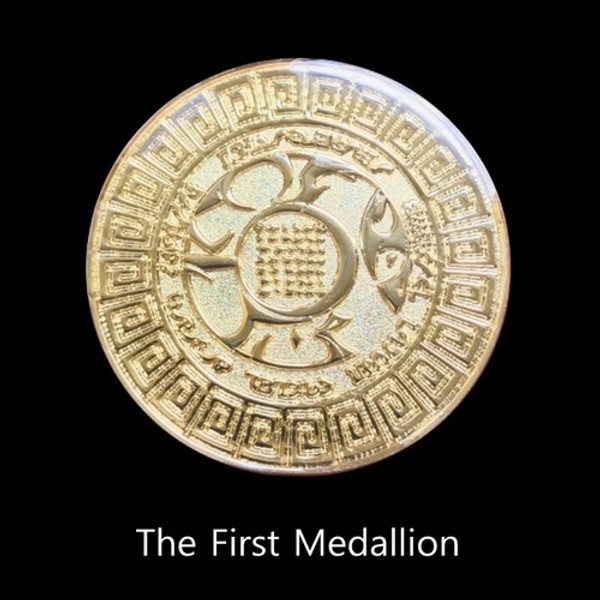 The First Medallion is currently on backorder until 2022.

The First Medallion is a unique and powerful spiritual tool.  It is called The First Medallion because it contains several elements that derive from the original primordial elements that make up our universe.  The Divine Script that outlines the border of the Medallion spells out the Names of the Four Seraphim that utter the Name of God out into the universe.  Their Names are not able to be pronounced by the human tongue, but the power that they release causes the entire universe to be  continually renewed.  This power causes the flowers to grow, rain to fall, the galaxies to move through space, and the breath that we take to flow through our lungs.  These Seraphim continually express the Name of God throughout all reality.

Properties of The First Medallion: Increases Spiritual Power, Protects the wearer from negative forces, Adds the power of the 42 Letter Name of God to the Aura, Infuses the wearer with the Power of the Four Seraphim, Strengthens the Aura, Improves Health, Helps Connect the Subconscious mind to the celestial realm, Improves one's contact with the indwelling divine essence, Helps to diminish and weaken forces of darkness within the wearer.