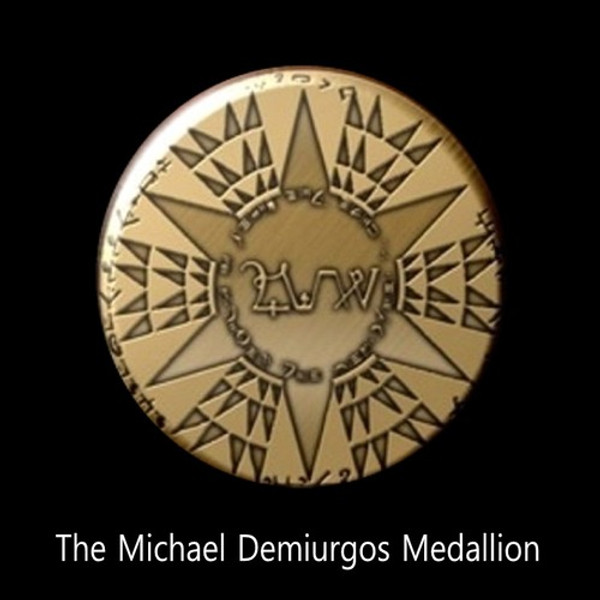 The Demiurgos Michael retains two different presences in reality.  In one form, he is the Commander General of the Celestial Army and Leader against the forces of evil and chaos. We are very familiar with him in this form. In his highest form, he is The Presence of The Creator and as such, he is the most powerful being in Creation. The Demiurgos Michael is said to wield the power to create something out of nothing.  As such, the wielder of the Demiurgos Medallion is placed within this field of power.  The longer one wears the Demiurgos Medallion, the greater the resonance of the power of creation will become.

The Demiurgos Medallion resonates with the Power of Creation itself and greatly increases the power of prayers, rituals, spells, and other magical acts while one wears it.  The Demiurgos Medallion contains the names of the Four Highest Seraphim in Creation.  It also contains the Sigil of Michael in the Center.  The central mandala is a powerful emitter of Divine Force and allows the user to stand in a field of protective force.