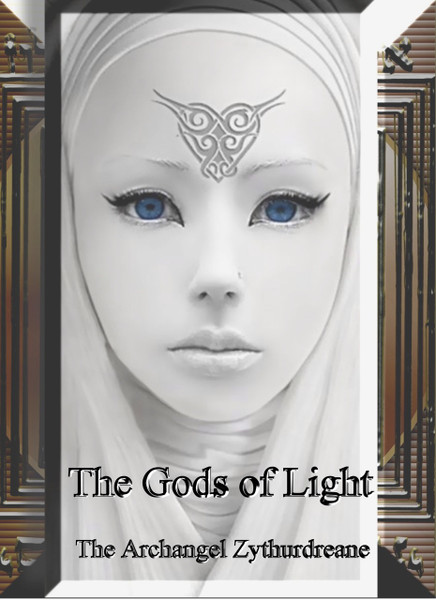 The very first question that a newly transitioned soul is asked by the Gods is simple: “Who(m) do you serve?”

Most people will say one of two things.  One: “I have no idea what you are talking about!” Those individuals are swiftly sent back to earth.

If you have not created a sustainable world with dwellings for yourself and your followers, you will be sent swiftly back to the earth domain.  Worlds that are sustained by your thoughts and emotion will wither as you die.

Some people will mention the god of their faith i.e., Jesus, Buddha, Moses, etc. but they will have no real idea of how to connect with the entity except through prayer or visualization.  It is a bit like being asked for your passport when trying to enter into a country and not having one.  Reciting the pledge of allegiance won’t get you past the guard.  Do you think moving from a lower world to a higher world would be any easier?”

A passport is a sign of allegiance to a particular country and its rulers.  Traveling in this world without one is very difficult.  Moving from the lower worlds to the higher worlds is very difficult without being able to show your allegiance and devotion to one of the Gods of Light.

Each of the Gods of Light has created worlds that are sustained by their power.  I have seen many of these worlds and they are beautiful beyond belief.  However, most humans will not be afforded the luxury of living on a higher world because they have never really worked on devoting themselves to one of the Gods of Light.

Mostly, they don’t even know who they are.

In this very important work, we will give the details of how you devote yourself to a god/goddess of light.  We will also provide you with details of their names, domains, and most important prayers, invocations, and practices.

With this information, you will be able to describe your service to The Gods of Light when faced with this important question.  You will be able to contact the god and form an important bond that will carry you forward with accelerated speed in your spiritual, emotional, and evolutionary growth.  My devotion and service to My Lord Thoth has been the impetus for my accelerated growth on this world.  You will now have the ability to form similar relationship with the god/goddess of your choice.

The Gods of Light Oracle Cards

The Gods of the Lesser Light Webinar