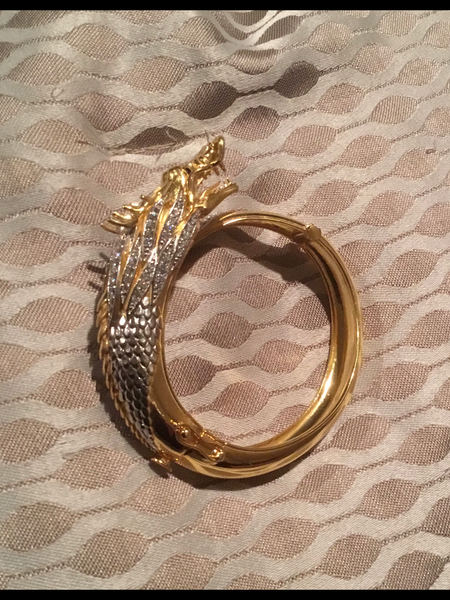 The Jade Empress is one of the wealthiest and most powerful goddesses in the universe. She is the wife of the Jade Emperor and the keeper of the secrets of the royal treasury. She was the holy mother of numerous divine gods and goddesses. She was a mortal woman who gained immortality and celestial prominence through her service and devotion to the Jade Emperor.

The Jade Empress maintains a celestial pasture in which she tends to thousands of beautiful celestial dragons. These dragons distribute the power of wealth and prosperity throughout the universe. The Jade Empress magically manifests these entities and they consider her their mother. This bracelet is a direct creative manifestation of one of the celestial dragons that transmits prosperity to the world. It is made of gold, silver, and diamonds. It is our most intricate creation. Each one is made by hand.