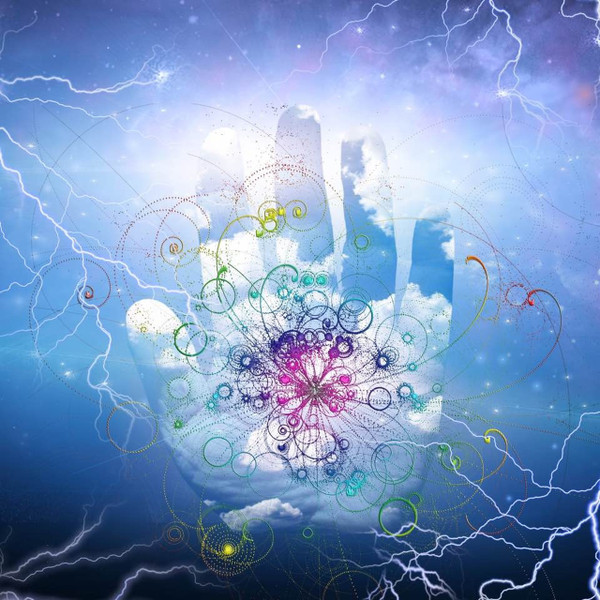 When I was a small boy, I used to sit in front of a large window in our home and watch the sky, as if I were waiting for something.  I would sit there night after night until my mother would pick me up and carry me back to bed. One night, a large storm rolled into the valley and lightning splashed over the night sky for hours.  I sat in my chair and watched the light show with its dancing patterns and colors. I was waiting for something.

Without warning, a large peal of thunder and lightning rumbled through our home and the window in front of the chair shattered.  I felt a shaft of light pierce my forehead and I fell to the ground bleeding. My mother rushed into the room, saw the glass and the puddle of water that covered my body.  She picked me up and took me to the bathroom. She cleaned the blood, dressed my wound, and tucked me back into bed. She never mentioned the incident to me. The next day, I went to the chair, cleaned up the glass and watched my father fix the window.  I also noticed a strong pulsatile sensation in the place where the shaft of light pierced my forehead.  The sensation was pleasant and tingly, not unlike being tickled from the inside of my head.

Soon after that, I began to get strong urges to go to the forest.  I was four years old at the time, but I went to the neighboring forest and sat there for hours.  I didn’t know what I was doing, but I would trot out of the house and sit in a pine bed of needles surrounded by an immense cathedral of tall pines that covered several acres of forest. The space was hypnotic. I wondered why my parents allowed a small boy to wander off into the woods alone for hours.  I did this almost every day, even during the rain and snow.  No one came with me and no one asked what I was doing in the woods alone.

When I was alone there in the woods, I mostly sat still until I went to sleep.  After a while, I envisioned angels visiting me in my dreams, but some of them wore brightly colored robes and flew in strange ships.  The ships seemed to travel into the fabric of space itself and the beings that flew them were the kindest, most loving people that I had ever met.

Over time, I realized that I was very different than other children. In my neighborhood, fights were commonplace.  I had to fight almost every day just to get to school and make it home with my books intact.  One of the beings that I met in my visits to the forest asked me to stop fighting and adopt a code of nonviolence.  I did so and to this day I have not fought another living soul.

As I grew, I became a medical doctor and tended the mind, body, and soul needs of my clients.  I treated thousands of people and I was honored as one of the best physicians in the country on several occasions. Then, the miracles starting happening.  For some reason, people starting asking me to pray for them.  I thought it strange and in many instances, they would ask me to pray for conditions that were far outside my specialty of psychiatry.

To my amazement, cancers dissolved.  Pneumonia, arthritis, heart disease, depression, relationship problems, and a host of other conditions vanished after I prayed for the client.  I watched this happen for years.  I began to appear in the dreams of clients and I blessed them in dreams. I don’t know how it happened, but it began to happen with alarming frequency.  Each time I prayed, the pulsatile energy in my forehead tingled. Ultimately, I stopped practicing medicine so that I could explore these processes.

After much meditation and contemplation, I have discerned the meaning of all these events. There are millions of Buddhas all over the universe. Each of these beings are the embodiment of power, love, healing, and devotion to the ideals presented by our Creator. I now realize that I am one of those Buddhas, embodied as a Buddha of Medicine.  The bolt of energy placed into me by the flash of lightning was the first of many supernatural transfers of energy granted me by the celestial world.  The journeys to the forest were programmed into me so that the energy could be processed and developed for future use.

I have known that I was a Buddha for some time. I have hesitated to share this information with my followers, but when I did, many of them stated that they already knew. I had been appearing to some of them in dreams wearing Buddha robes and performing miracles. They too decided to remain silent until I was ready to speak on the subject.  I realize now that I am ready to share this part of myself with the world.

I am a Buddha, and as such I am not a savior, Christ figure, or exalted person above others.  More than anything, I am an example of what we can do when we humbly open ourselves to our highest potential.  When we question our potential, we close ourselves to its gifts.

The Divine Buddha Ring of Power