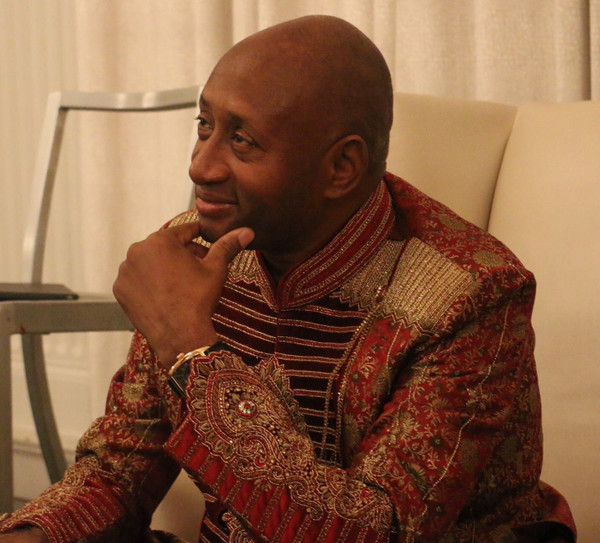 Mitchell Gibson began this life in the most humble manner possible. Poverty, hunger, neglect, lack of running water, and indoor plumbing, were only part of a mountain of obstacles he was born into. He managed to overcome those early obstacles and became the first person in his family to attend college and obtain a degree. During this time, he faced the additional obstacles of bigotry and racism which often threatened to derail his career.

Ultimately, he became Dr. Mitchell Gibson and he has been widely consulted by government agencies, Fortune 500 companies, Hollywood celebrities, World Champion athletes, Grammy winning recording artists, and countless others. He is the subject of more than 40 million Google searches every day. Together with his wife, who is also a spiritual Master, they were the first spiritual teachers to perform at Carnegie Hall in more than 100 years.

Two decades ago, he found that he was the center of many spiritual miracles and wonders and decided to give up his medical license and the practice of medicine in order to follow a different path. Soon, millions of people began calling him by a new name, Master Mitchell Gibson.

Master Gibson has learned to walk the most difficult road in life that a human can tread, the path to spiritual mastery. He has learned to assimilate and process the signs and provisions given to him along the way that have guided him.

He has learned many secrets that he believes are crucial to overcoming the obstacles that life throws at all of us. More than money, health, fame, emotional support, and education, he has learned the hidden secrets necessary to becoming a Master.

There are very few true spiritual masters alive in the world at this time. Join us for this very special one hour Master. Class hosted by Master Mitchell Gibson where he reveals for the first and only time, the secrets to becoming spiritual Master.

NOTE: If you can't attend the live event, register BEFORE the event and you will receive a cloud recording within 48 hours after the event. All attendees will receive the recording as well. Registration ends May 23rd at 11:59 PM Eastern Time.

The Goddess Fortuna Sword of Power

The Lord Ganesha Amulet of Luck and Good Fortune