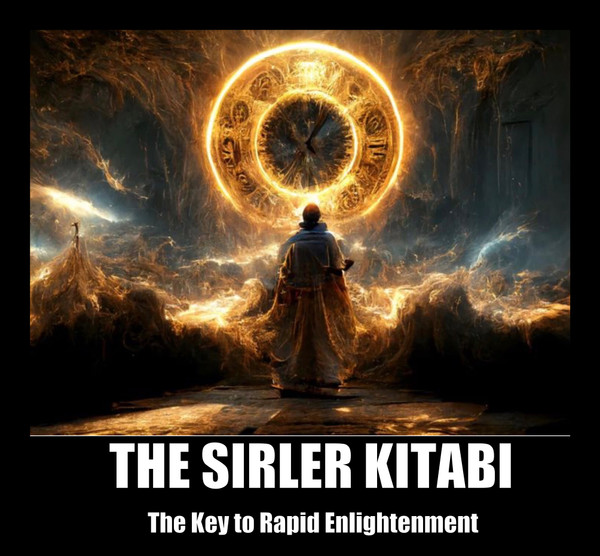 The Sirler Kitabi: The Key to Rapid Enlightenment
NOTE: NO DISCOUNT CODES OR REWARDS POINTS ARE AVAILABLE FOR USE FOR THIS BOOK. ANY POINTS USED WILL NOT BE REDEEMED BACK TO YOU AND THE BOOK WILL NOT BE SENT. YOU WILL BE IMMEDIATELY REFUNDED.
Following the passing of my mother and my father several years ago, I discovered shocking new information regarding the nature of the human soul. The ancient Egyptians believed that we had both a main soul and a lower soul. These two aspects of the soul work together to maintain the individual during dreams, earthly life, and the afterlife. In my early research, I discovered that we indeed had a main soul that divided itself into three main components. These components were the upper soul, the middle soul, and the lower soul. I thought that these areas left the body separately and we joined in the afterlife to continue the journey of existence in another domain. The ancient Egyptians thought that the soul had two parts the main soul and an animal soul that was connected to the body.
After working with the souls of my mother and my father after their passing, I was able to confirm personally that they indeed had a main soul and a lower soul. I had never followed two people into the afterlife as closely as I followed them. Both of their main souls went to a higher domain and it did not seem to matter their character or behavior during life. The lower soul however stayed with the body and ultimately descended into a lower domain which in their cases was a hell domain.
In many ancient cultures the tomb or the sarcophagus prepared for the body was adorned with magical spells and incantations. These incantations and spells were designed to guide the body magically through the afterlife. It would seem that a part of the lower soul stayed with the body in the tomb as I saw with my parents and another part went into the higher domains. I discovered that the earthly soul stays in the casket/tomb with the body. It also remains with the body even after cremation.
This book is designed to teach the user the necessary spells and incantations necessary to accelerate and deepen existing enlightenment and to help create the enlightened state in the soul in both the physical world and in the afterlife. These spells are designed to magically empower and guide the soul to higher domains. They are also designed to erase and mitigate negative karma and negative behavioral energy locked within the soul. These energies combine with the spells will create a better afterlife for the soul and help the individual rise and elevate in their degree of enlightenment. They also free the earthly soul from the body. The spells are designed to be used with breathing techniques which are fairly straightforward and information regarding the higher domains which we have never released. The book was written by the God Thoth for his initiates. This is the first time that we are going to release this information to the general public.
Introductory Price: $2500
NOTE: The introductory price is available until Wednesday, November 30, 2022 at 11:59 PM EST., following, the price will increase to $3500. The books will be signed, empowered, and blessed by The Master.

The Seal of Mars