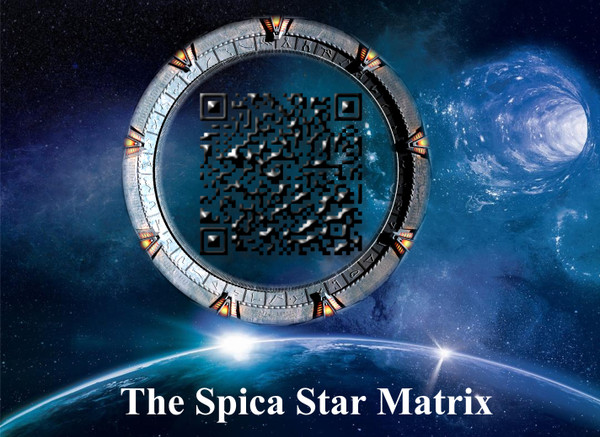 The Spica Star of Wealth Matrix
In one of our most recent seminars, we learned that the stars are not what they seem. We learned that the stars are in essence living breathing entities that have intelligence.  They also radiate power and life into the world from their positions in the firmament.  Their energies rejuvenate the body and keep us alive.
The ancients understood that true wealth rained down into the lives of humans via the stars.  Some humans got more than others and they often wondered why these blessings chose them.  The statement, it is written in the stars reflects this widely held sentiment.  The stars stream information into the world via a coded field of energy that is called the matrix.  The ancients believed that our world is an illusion created by higher reality.  Plato believed that humans lived as prisoners in a large cave that only allowed reflections of light into the area.  Humans never saw the source of reality in the light because they remained firmly fixated on the shadows created by the light that they constantly mistook for the real world.  The real world is only revealed through the examination of the light emanating from the world hidden within the matrix code.
In this sense, the stars represent the ultimate source of light and knowledge that we have available from the firmament.  The intelligent forces that shaped the firmament programmed each of the stars with specific types of information. This information is coded and must be interpreted in the sense of a code, not direct firm reality.  Modern scientists have begun to question the nature of reality as a holographic form of code that must be deciphered properly.  Mankind’s very fabric is fashioned from a simple code contained within our DNA.  Those among us that have higher levels of completed coding are healthier than those who have errors in the code that can lead to disease.
This is especially true of the code that allows for wealth.  One of the most important sources for this code emanates from the star Spica.  Spica is much more than light and gas, it is one of the main sources of our wealth code.  The wealth code is a complex pattern of energy that was inserted into our DNA by the gods.  In the beginning, humans had no need for wealth or work.  All of our needs were provided by the gods.  Over time, malevolent forces sprang up from deep within the human soul and challenged the rule of the gods.
These forces demanded that mankind see itself as equal to the gods and therefore could not be governed as children.  This force still rules mankind to this day and causes us to look away from the true source of our life and wealth.  Most people do not understand this and this illusion has been passed down from one generation of humans to another. As a result, true wealth eludes the human race.  The code inserted into our genomes was placed there by the gods.  There are 13 human families that contain the code in its purest form and they are the wealthiest families in the world as a result.
The Spica Star Matrix is part of a vast field of energy radiating from the star energy of the Spica/Virgo Constellation. The matrix connects to each of us via a micro-complex of wormholes.  Most of us reject the energy that radiates down to us through these wormholes for religion, philosophical, or spiritual reasons.  We tend to believe that wealth is reserved for only a handful of humans and that we should only aspire to live on just enough to get by.
This thought complex is deeply embedded in our religions, social systems, and educational systems. As a result, 99.999% of the world’s wealth remains in less than 1% of the population. If the true wealth of this world were equally distributed, ever human that lives at this moment would enjoy luxuries numbering into the billions of dollars.  Magic and its attendant forces and power are shunned and reviled because they have the power to bring the force of the matrix of the stores into human consciousness and DNA. If a human rightfully absorbs the light emanating from the matrix of the Spica field, several things happen.
1.    Generations of errors associated with curses, false beliefs, skepticism and fear associated with wealth begin to heal.
2.    The energy of wealth and prosperity begin to fill the organs of the body.
3.    The aspirant begins to slowly attract wealth generating ideas and thought into consciousness.
4.    The aspirant begins to be led by the higher forces toward paths of life that generate wealth.
Price: $99.95