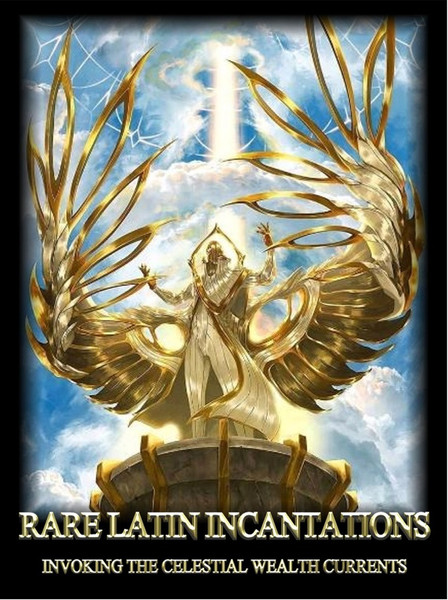 Rare Latin Incantations
Invoking The Celestial Wealth Currents
Magic is the ability to communicate with the higher forces of creation. Humans have always sought to commune with the forces that created them. They have always wanted to rise above suffering, disease, pain, and the weaknesses of our existence, Humans have always known that reality is something more than what is seen. Magic allows us a way to get more out of life much more efficiently than you could with simple human effort. Ironically, any true understanding of magic begins with an understanding of electricity, a very deep understanding of electricity.
The celestial currents that are formed by electricity in the air are ancient in nature. They have been with us forever. These currents may be connected on the earth plane by etheric markers called ley lines.  any people believe that a grid of earth energies circles the globe, connecting important and sacred sites such as Stonehenge, the Egyptian Pyramids, and the Great Wall of China.
The Celestial Currents have been mapped out and are the ultimate source of magical power.  When you learn how to use them you learn the secret to becoming a magus. The magus rides the currents of power into the higher worlds and manifests whatever they require. Each of the currents has a particular function and type of wealth that it likes to manifest.  We will introduce you to the most powerful of these currents.  Each current has a particular function, a meditative posture that allows you to tap into it, and an incantation that will allow you to summon its power.  We have never before revealed all of this information for these most powerful currents.
The ability to tap into a current is best used after an orgasm. It is not a necessity but the energy of orgasm elevates your magical incantation of currents many-fold.  Heed this advisory and you will see your magical work elevate tremendously.
Dr. Mitchell E. Gibson
Price: $299