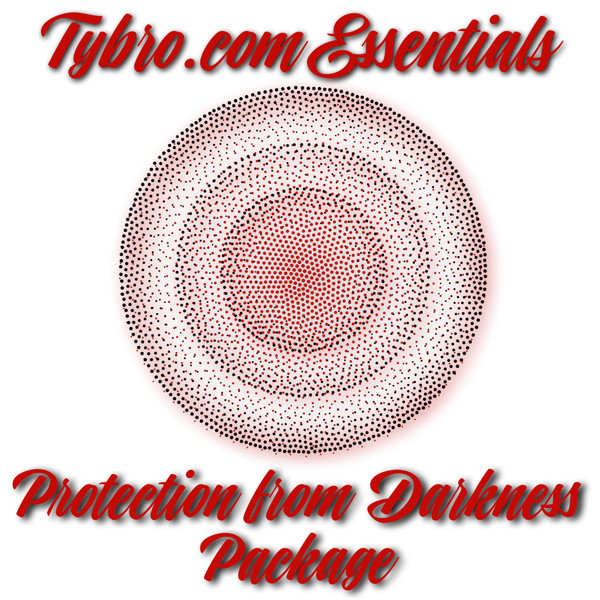 The energy of our cleansings has become more powerful over the years. For more than 15 years, our clients have benefited from clearing their bodies, aura, and souls of negative entities. This process has largely been based on the recreation of an ancient Taoist procedure wherein you must burn talismans and soak the ashes in rice wine.  Even though this process is effective, many people are hesitant to do it regularly for various reasons.

Our cleansings have evolved.  Now, they are all based on advanced combinations of sound that clear the mind, body, and soul from various types of negative spiritual debris.  Our newest cleansing goes to the next level of spiritual efficacy. It is called The Sigma Cleansing. This cleansing is the highest and most advanced cleansing ever conceived by our works.  It works in eleven stages to clear the mind, body and soul of various problems that cause injury to the energy matrix of the body. When you realign and clear the energy matrix of your body, the system feels better and becomes more resistant to injury and decay.

The body is comprised of a large amount of energy circuits that must remain aligned to various higher energies in the universe. When we lose that alignment, we cease to function at our best and decay sets in to the body.  Over time, this loss of alignment and decay causes a host of problems for the individual.  Regular use of this cleansing will help you feel better and stay in alignment.  This makes evolution and divine focus far easier.  Best of all, you only need to purchase it once and then you may use it for the rest of your life.

The Sigma Cleansing is broken down into the following components:

1.     The Spiritual Attunement Cycle- this series of chants is designed to realign you with your highest purpose.  It is also designed to insure, that you are using the cleansing morally and lawfully.  If you intend to steal the energy of cleansing and evolution contained here, this attunement will insure that you cannot receive any benefit from your actions. Your highest actions and purpose should be maintained at-all-times during this cleansing.

2.     The Galactic Attunement Cycle- We live in a vast galactic domain. Our energies are created by the energies of the galaxy and at time, we fall out of alignment with the tools of our creation at the galactic level. These tones help to realign us and cleanse the energies that knock us off our highest axis.

3.     The Interstellar Dust Cycle- Thousands of tons of interstellar dust reach our domain every day. We breathe it, eat it, and drink it in many ways.  This dust contains both helpful and harmful particles.  This cycle helps us to clear the energy matrix of harmful particles and absorb the energy of the particles that are aligned with our highest good.

4.     Rejuvenation- These tones help to realign and rejuvenate the energy of the astral, physical, and celestial bodies.  These forms lose energy and mass as we age and over time, we become unable to repair them.  These tones help us maintain the health of our inner bodies.

5.     The Healing Attunement- DNA works on a series of tones that help it do the work of taking care of the body.  Over time, DNA decays and gradually loses the ability to repair the body.  These tones            help to repair the energy matrix of our DNA.

6.     The Sleep Attunement- We spend one-third of our lives sleeping.  As we age, sleep decays and we lose the ability to rest comfortably at night.  Many negative forces degrade our ability to sleep and dream as we age.  This attunement clears the negative forces that cause sleep to decay.

7.     Repeat of the Spiritual Attunement Cycle

8.     The Aura Adrenal Support Cycle- These attunements support the energy matrix of the aura and adrenal system of the body.  Over time, the energy of the body can become overtaxed and depleted.          These tones help the body restore itself and maintain a healthy energy balance.

9.     Repeat of the Spiritual Attunement Cycle

10. Chakra and Cellular Alignment Cycle- The cells and the chakras of the body take on a great deal of responsibility for the care of the form.  This cycle helps to keep the chakras and the cells in alignment with their highest energies and clears them of negative entities.

11. Repeat of the Spiritual Attunement Cycle.

You may listen to this 2-hour cleanse once weekly, or as often as you like.  It will work in all the ways we list here.  It is not intended to be a medical treatment or replacement for your current medical regimen. It is not intended to cure disease or illness, rather it is designed to help you function at your highest intended level by clearing the negative spiritual forces that we pick up during normal life.

The forces of darkness have entangled our world in an almost endless web of disease, poverty, war, and hunger. At any one time of the day there exists hundreds of wars and civil conflicts, diseased and dying people, starving nations, people committing crimes of all manners, and many other atrocities inflicted on our world by the forces of darkness. These forces have evolved and grown over time such that many of our old defenses have been rendered weak and almost useless. The Reversing Dark Forces Audio File uses advanced holographic audio technology that reverses the darkness around you out into a distant barren dimension filled with supernatural forces of light that will transform the darkness into harmless subatomic particles. Simply play the recording a few times a week in the background for a couple of hours and you will clear your room and surroundings very effectively. The recording will clear darkness in any space where it may be heard clearly.

The Demiurgos Michael retains two different presences in reality.  In one form, he is the Commander General of the Celestial Army and Leader against the forces of evil and chaos. We are very familiar with him in this form. In his highest form, he is The Presence of The Creator and as such, he is the most powerful being in Creation. The Demiurgos Michael is said to wield the power to create something out of nothing.  As such, the wielder of the Demiurgos Medallion is placed within this field of power.  The longer one wears the Demiurgos Medallion, the greater the resonance of the power of creation will become.

The Demiurgos Medallion resonates with the Power of Creation itself and greatly increases the power of prayers, rituals, spells, and other magical acts while one wears it.  The Demiurgos Medallion contains the names of the Four Highest Seraphim in Creation.  It also contains the Sigil of Michael in the Center.  The central mandala is a powerful emitter of Divine Force and allows the user to stand in a field of protective force.

Defense Against the Dark Arts Book - $300

The Dark Arts are the most feared and least understood of all the forces that beset mankind. This text is designed to help mankind learn the higher principles of defense against the dark arts. This basic text is taught to all of the soldiers among my people who protect and defend the lower worlds.  I have written many such texts as primers in order to help defenders in training learn the ways of the warrior.