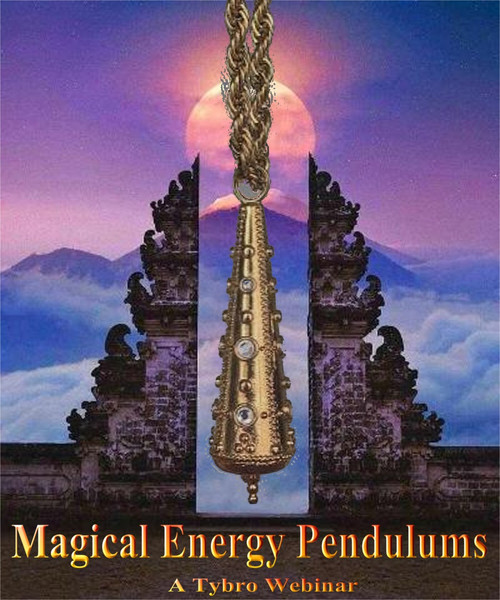 Thousands of years ago, The God Djanthi Thoth introduced mankind to pendulums. The earliest pendulums were dowsing tools and they were designed to help mankind find food, water, and shelter. These pendulums were simple metal, wood, or animal bone objects that were aligned with the energy of the mind. Later pendulums were fashioned from metal and were capable of drawing energy from the earth in order to heal and perform psychic feats. These were called energy pendulums.

As man evolved, Djanth Thoth taught humans the art of more advanced pendulums, including the Osiris healing pendulum, the Mer Isis pendulum, and the Universal Pendulum. These pendulums were significantly more advanced than the early dowsing tools but were still primitive in comparison to magical energy pendulums.

Magical energy pendulums are designed to work with the higher forces of reality in order to help mankind use ambient magical energy. These pendulums are new to the world and mankind has never had the opportunity to use the tools that are used by the gods themselves. The Gods of Light Pendulum, The Healing Battery Pendulum, and the Ambient Energy Pendulum were designed by The God Djanthi Thoth to be among the most powerful magical healing tools in creation. The new magical energy pendulum webinar is designed to help you understand how these wonderful new tools and how to fit them into your magical lives. We will also touch on the use of other healing energy pendulums, all of which are owned by Master Gibson.

This is a one of a kind watershed event you will not want to miss.

NOTE: If you can't attend the live event, register BEFORE the event and you will receive a cloud recording within 48 hours after the event. All attendees will receive the recording as well. Registration ends June 30th at 10:00AM Eastern Time.

How To Use Your Magical Wealth Tools More Effectively - Webinar