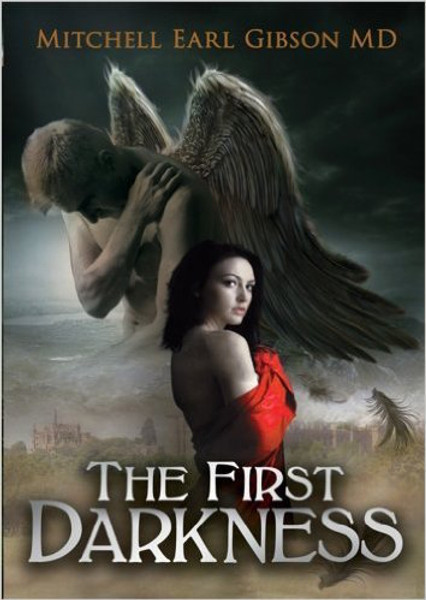 Anshar was one of the first Angels ever created. He was over 12 billion years old. He was created to perform the function of a Gatherer. His kind policed the borders between the lower worlds and they prevented demons, elementals, vampires, and other lesser entities from crossing into the realm of Earth. Anshar and his partner Rodare were also charged with the duty of escorting the souls of select fallen humans from the lower worlds into the Celestial City.

Anshar had carried out his duty for billions of years, but now, he faced a challenge that even his legendary strength could not overcome. He was dying. Gatherers were subject to a rare kind of malady called The First Darkness. The disease strikes without notice and robs angels of their strength, sanity, and celestial power. The Creator took pity upon Anshar and gave him a chance to overcome the disease.

Anshar was allowed to enlist the help of Melvina, a beautiful and talented human woman with a rare gift. She did not know of the origins of her power. She did not know why The Creator had chosen her to help an Angel. She believed that helping this powerful celestial stranger was her only way to freedom from a life she longed to escape. As Anshar descended into madness, his plan to cure himself would unleash a plague of death, chaos, and destruction upon the earth. With the help of Melvina, a gifted human Adept, and a crafty Archangel, Anshar would face a colossal battle for his very existence.

The First Darkness is a sweeping tale of love, celestial magic, destruction, and chaos. This gripping tale of one Angel's battle for love and resurrection draws the reader into an intensely passionate one-of-a-kind love story that is surely to become a classic in its genre.

This E-Book is Password Protected. No Printing or Copying is permitted.