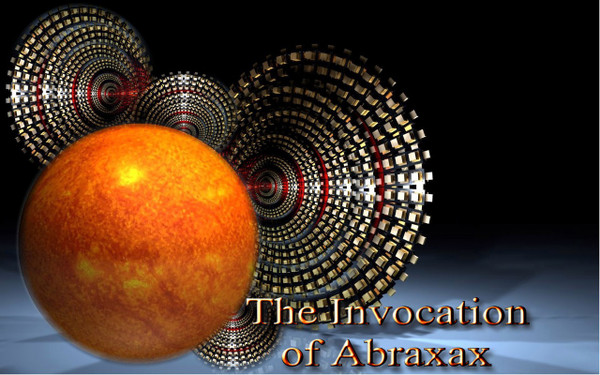 I invoke the eternal sun of the great Abraxax,

I let out myself from the evil of the fallen

I live by your eternal light.