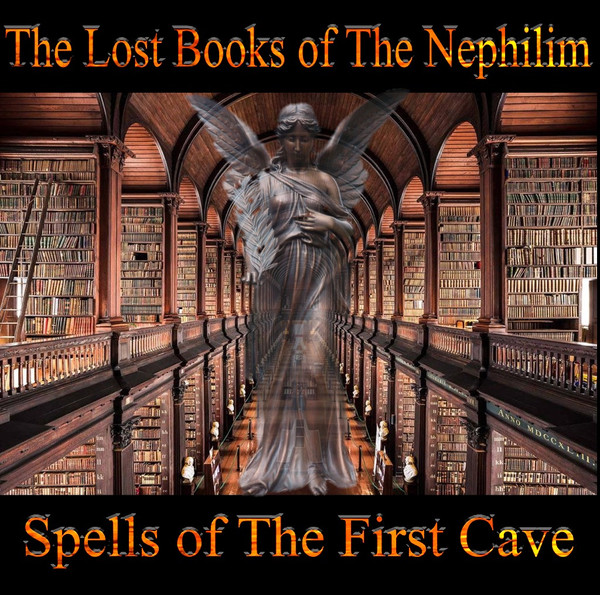 The Lost Scrolls of The Nephilim
Spells of The First Cave
The destruction of the great library of Alexandria has been lamented as one of the biggest losses of the ancient world. Nearly one million documents from across Assyria, Greece, Persia, Egypt, India and many other powerful civilizations at the time graced its shelves. No traces of the library have ever been found, but historic records speak of its devastating demise.
Over the centuries, the Library of Alexandria was one of the largest and most significant libraries in the ancient world. The great thinkers of the age, scientists, mathematicians, poets from all civilizations came to study and exchange ideas.  As many as 700,000 scrolls filled the shelves. However, in one of the greatest tragedies of the academic world, the Library became lost to history and scholars are still not able to agree on how it was destroyed. The secret behind its destruction goes much deeper than man has ever known.
The Nephilim Gods, beings who built much of our ancient world, shared their knowledge and power with humans freely. Their technology, monuments, and intellectual achievements still baffle scientists today. The Scrolls of The Nephilim accounted for more than half of the scrolls in the Library of Alexandria. The authorities of the era greatly resented the presence of their power and plotted to rid mankind of their influence once and for all. These authorities burned the library to the ground.
However, before they could destroy all the scrolls and texts, the Nephilim secreted away thousands of texts in a series of twelve caves.  Only partial fragments of these books were thought to remain. Each of the twelve caves held a specific type of knowledge known only to the Nephilim. The Spells of the First Cave is a lost scroll from the first cave. It has never been published in any form. Its scrolls have never been placed on the internet, and it does not exist in any library on earth.  The God Thoth handed these scrolls to me directly and now I share them with the world.
This is the first of a series of hardbound tablets that we will share with the world.  These books have not seen the light of our world for thousands of years and may not be found anywhere online. These scrolls contain a rare type of magic that has never been used on earth.  It is a combination of solar magic, healing, and alchemy which is as rare as it is powerful.
We offer this tablet as part of a new series that we hope will be embraced by millions around the world.  Each of these leatherette hard-bound books is specially priced to help you share in this gift. Now you can own a piece of magical history for the incredible price of $299.95. This the lowest price that we will ever offer for a full-fledged tablet.
You may now have the lost power of the Nephilim at your fingertips.