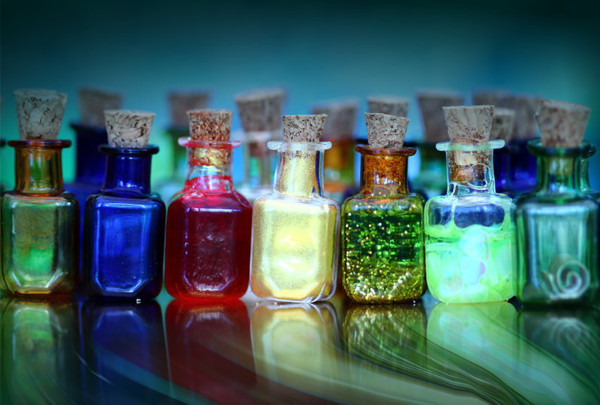 The Master Qabbalistic Crystal Elixirs - E-Book
Gem elixirs, also called crystal essences or crystal waters, have been used by many throughout the ages. Gem elixirs are a convenient way to use the vibrational energies of the crystals for crystal healing, magick, and more. They are easy to make and can be stored for later use.
You can use one crystal, several, or even several different types to make a gem elixir. Using multiple types creates a synergy blend, which is useful for bringing together the vibrations of several stones as more than the sum of the parts, so to speak.
Qabbalistic crystal elixirs avoid the potentially negative effects accumulated in the mining and preparation of certain crystals by utilizing the energy of the divine angels assigned to transmit the energy into the consciousness of humans. These elixirs were discussed in our qabbalistic master class on crystals. This e-book tablet includes the information on the following master elixirs.
The Master Healer, The Master Grounding Elixir, The Master Strength Elixir- The Wealth Body Elixir, and several more.
The angelic sigils and the phonetic pronunciation and spelling of the angelic names is included in this text.
Note: Those who attended the Magical Qabbalistic Crystal Power MasterClass have already been provided the information in this e-book.
Price: $299.95

Metaparables: The Collected Stories of the Master - E-Book