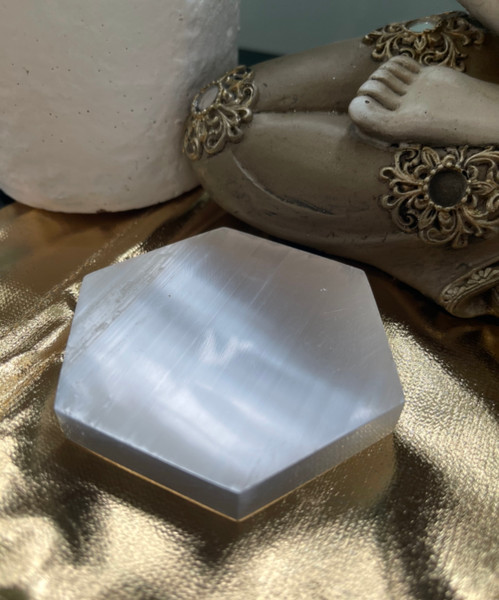 The Philosopher’s Stone Charging Plate
Pivotal to the alchemical pursuit was discovering the mysterious agent of transmutation that became known as the Philosopher’s Stone.   It was believed that this elusive “stone,” or substance, was endowed variously with magical powers to transmute metals, cure diseases, restore youth, and bestow immortality.  In medieval Europe, alchemists in the employ of the aristocracy postulated that base metals contained latent properties that could be chemically activated and refined into gold, the most perfect of all metals.
In the Renaissance, alchemy of a spiritual nature attracted luminaries in science, mathematics and philosophy, among them Isaac Newton.  The goal of this “Great Work,” as it became known, was to perfect the individual by “leading out from within” the divine nature of the human being.  The divine nature is referred to as “the golden soul” in modern wisdom teachings. Likewise, it is said that the instrument of the soul in incarnation—the etheric or energy body that vitalizes the physical form—is filled with a golden light.
My work with the divine inner soul has led me to create the first stage of the philosopher’s stone. The first stage is known as the white stage. According to alchemical texts, the stone of the philosophers came in two varieties, prepared by an almost identical method: white (for the purpose of making silver), and red (for the purpose of making gold), the white stone being a less matured version of the red stone.
Some ancient and medieval alchemical texts leave clues to the physical appearance of the stone of the philosophers, specifically the red stone. It is often said to be orange (saffron colored) or red when ground to powder. My stone is an intermediate state between white and orange. I have learned a method by which I can transfer the energy and properties of my orange-white stone into a selenium charging plate.  The plate will retain the properties of the stone and transmit them to any substance i.e.; gems, liquids, medallions, and plants. This charging plate never loses its power and can charge an unlimited number of items with the power of the stone.  This is of course not a fully mature stone, but it has the energy of rejuvenation, healing, purification, and empowering the divine body of light. This plate will greatly elevate the charge of the elements within your body.
Note: This plate is about 2-3 inches wide.
Price: $599.95