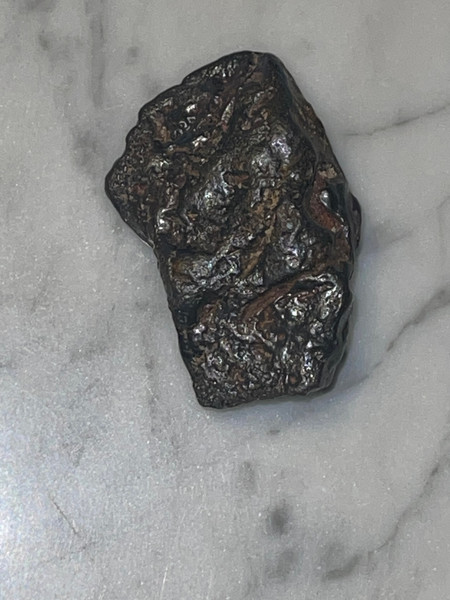 NOTE: NO DISCOUNT CODES OR REWARDS POINTS ARE AVAILABLE FOR USE FOR THIS STONE. ANY POINTS USED WILL NOT BE REDEEMED BACK TO YOU AND THE STONE WILL NOT BE SENT. YOU WILL BE IMMEDIATELY REFUNDED.

The Dragon Feldrakan lived in the country of Putrashan, near what is now modern Iraq. He lived for more than 15,000 years and was renowned for his ability to create objects of power with a single thought. Mages from all over the world came to him and gave him huge sums of gold for a single ring or amulet. Feldrakan loved gold and he often exacted such large sums of gold for his objects that only the wealthiest nobles and wizards even dared approach him. Feldrakan often traded stories with the wizards that visited him and over the centuries, he learned the secret of bodily transformation. He transformed himself into light and abandoned his spiritual treasures after burying them in a mountain. A number of wizards have searched for his hoard and a few have found items Feldrakan left behind to tease the curious.

The Dragon Feldrakan is one of the most famous of all the celestial immortals. He is more powerful than all our superheroes combined. He is a protector of earth and is one of the wisest beings in the universe. He has the ability to appear in dreams and take human form. The Dragon Feldrakan was born during the mating of two Elder dragons. As they mated, their fire was brought together into one powerful flame. When the dragon Feldrakan learned to draw upon the power of his fire, he called upon the memories of the flame of his mother and father.

The Solidified Liquid Feldrakan Fire stone is condensed Feldrakan fire. It helps for Feldrakan to appear in dreams, visions, or even physical manifestation. Call upon the power of the dragon for protection from evil, increased life span, and greatly enhanced healing powers. Possession of this stone also helps with immortality. Hold it in your hand when completing spiritual practices, or place it in your altar.

The Solidified Liquid Feldrakan Fire stone comes with a FREE Master charge! We have a very limited quantity available. The stone is about 2-3 inches in size.

NOTE: NO DISCOUNT CODES OR REWARDS POINTS ARE AVAILABLE FOR USE FOR THIS STONE. ANY POINTS USED WILL NOT BE REDEEMED BACK TO YOU AND THE STONE WILL NOT BE SENT. YOU WILL BE IMMEDIATELY REFUNDED.

Note: This stone was previously offered with the Gold Medallion Package.