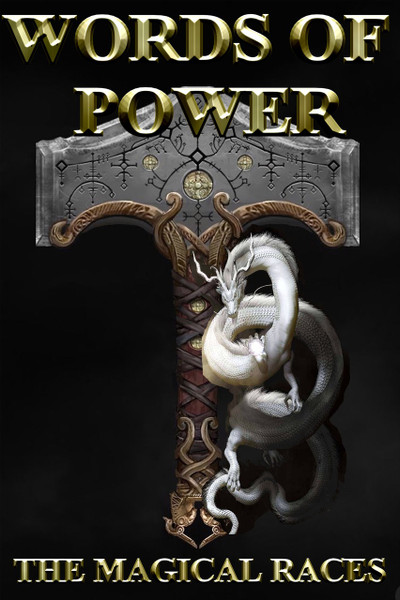 WORDS OF POWER
THE MAGICAL RACES
Several years ago we presented a ground-breaking workshop entitled The Words of Power.  For the first time, humanity was introduced to the secrets of using words of power from the celestial world. When spoken properly, these words have the power to change reality around you.  There are other words from many different races that we never had the chance to teach you.  Dragons have their own special breed of magical words that they use in secret to control their magic. The High Elves have their own words of power that give them immortality and high magic.  The Fairy Races have their own words that they have used in secret since the time of their merging with the angels. The People of the Secret, a hidden and powerful magical race of demigod level humans use their own words of power in order to build huge corporations and institutions.
The Words of Power from The Magical Races will explore the basics of using these special words.  These explanations on the use of these words may not be found anywhere else in the world.  Mankind is held in shadow and confusion when it comes to the magic of the higher races.  For the first time, we will integrate a basic primer on the words of power with the use of the higher words from various magical races.  These words will seem familiar to many of you because in reality, all of you are descended from at least one magical race.  Humanity is only part of your ancestry.  When you learn and apply words from the magical races, you will unlock yet another aspect of your hidden potential.
This book will also give you clues that will help you determine your magical ancestry. Using words from your own magical ancestry opens the door to true power.
Price: $3500.00