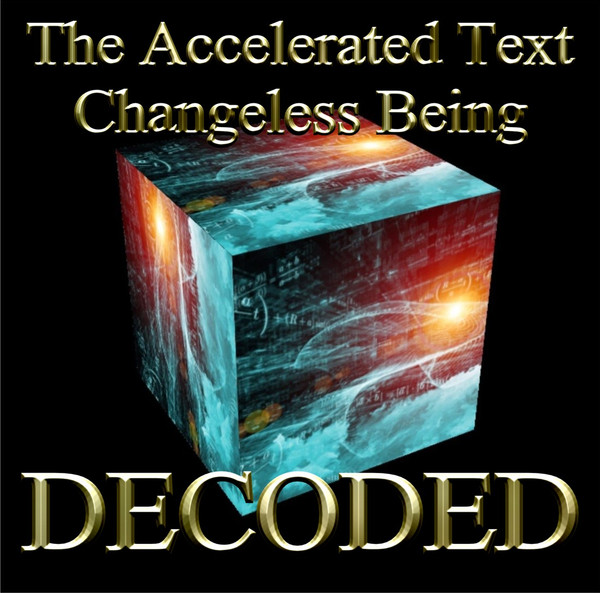 The Accelerated Text Changeless Being: Decoded
Parmenides (c. 485 BCE) of Elea was a Greek philosopher from the colony of Elea in southern Italy. He is known as the founder of the Eleatic School of philosophy that taught a strict Monistic view of reality. Philosophical Monism is the belief that all the sensible world is of one, basic, substance and being, un-created and indestructible.  Parmenides believed that all our reality emanates from a single entity that never changes.  This being was not human, according to his teachings, and is the source of all reality, thought, reason and consciousness.
As such, he believed that all of us were condensed versions of this entity who essentially created us as a means of self-expression.   Our senses, being a creation of a higher entity, were in fact derisive lower creations that are incapable of sensing our own higher creative natures directly. We rely on meditation, drugs, and altered states of consciousness because we cannot easily separate ourselves from our union with the one without some ongoing form of dissociation.
Parmenides knew that his work would be repressed and destroyed on this world so he hid his greatest secrets in this text. The text is highly coded and must be deciphered in order to yield its secrets.  The decoded accelerated text on the Changeless One provides the user with a change in consciousness that is usually only available on the higher planes.  When one reads the written text and then focuses on the glyphs, a change happens in the temporal and medial frontal-cephalic regions of the brain that allows a level of contemplation and depth of thought that is difficult to explain.  The human mind does not easily explore the depth of own nature.  It would prefer to wander and jump around from thought to thought without ever really accomplishing any meaningful goal related to deep contemplation.
This text is a magical-tool that will help you explore your own inner nature very deeply. Read the text out loud and focus on the accompanying images.  We provide the entire original text in English and then the translated text in Latin.  The decoded text will then be given in the form of several glyphs.  The three-fold transition of the text will cause the mind to shift gears in sequential fashion.  You will feel yourself attempting to follow the texts with your conscious mind, but you will quickly lose focus.  This text is best used to help you solve deep contemplative problems that you cannot properly focus upon on your own.  Focus on your problem, follow the texts as best you can, and watch the flow of your thoughts.  You will be led to a place in consciousness that will contain little to no thought.  You will find answers that you seek there if you are persistent in your efforts.
Price: $19.95