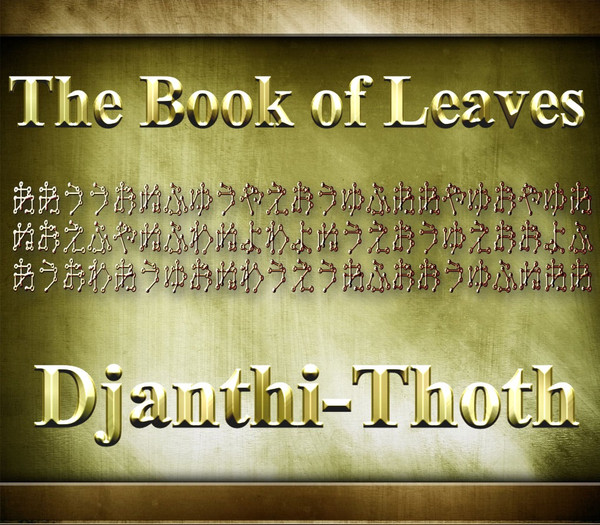 In the fictionalized account of Leonardo Da Vinci’s life that was shown on television, he spent many years looking for a powerful text called The Book of Leaves. The book contained the secrets of the universe and was held by a powerful Order called the Sons of Mithras. The book as mentioned in the television series was totally fictional, as was the Sons of Mithras.  However, the true Book of Leaves was written by Djanth-Thoth, and is controlled by The Order of The Red Dragon.
The True Book of Leaves contains the mysteries of all the galaxies of the universe.  It explains the secrets of alchemy, immortality, enlightenment, healing, and divine power.  The book works exclusively with the unconscious mind and as such contains no instructions, no English, and no guides that the conscious mind can cling to that might interrupt the process.
On television, The Book of Leaves is an enigmatic and mysterious tome, that Leonardo and many key characters thinks might change the known history albeit in different perspectives and for which he and his friends set on a challenging journey and face many dangers. The Book is supposedly hidden in the Vault of Heaven on a foreign continent unknown to the Old World - the New World (American continent).
The Book's origin is speculated by many parties in the series. Al-Rahim, a prominent member of the Sons of Mithras provided an esoteric origin of the Book where it is the collection of cognitive memory of ancient knowledge passed down from one generation to another that aims to revitalize again mankind after the Fall. On the other hand, Pope Sixtus believed that the Book may have Enochian origins as he proposed that it was written by the Nephilim, the offspring of angels and men.
A page of the Book made it first appearance in the bowels of Castel Sant’Angelo, where the pope keeps his Secret Archive. The page is written in an alien language that Leonardo has never seen, but with the wave of the pope’s hand, the writing magically switches to Hebrew, then to astrological symbols, and even to strange hexagonal patterns. This is the only place where you can find the Nephilim Version of the book. The symbols are enigmatic and powerful.  They point to a different order of reality and consciousness from our ancient ancestors.
The Order of the Red Dragon has commissioned me to create a volume of The Book of Leave on earth. The Book of Leaves will download the energy of enlightenment, consciousness expansion, and divine power into the user. It is designed to be scanned and not read. There will be no English passages except for the introduction.
As you explore the book of leaves, you will not be able to rely upon your conscious mind to guide you.  This is done on purpose.  The conscious mind is a cruel master and intentionally slows down the progress of our spiritual growth.  The Book of Leaves is organized in such a way that your conscious mind is taken out of the equation.  You will not know what each section does.
You will not know when you are working on enlightenment, immortality, divine power, alchemy, or any of the sections of the text.  Your unconscious mind will guide you in using the text.  You may start anywhere in the book and look at each page for as long as you like. Some of the pages will repeat. This is intentional.
Know that whatever section you employ, you will grow and evolve with its use. After this section, there will be no further guidance or instruction. Relax. Allow your mind to experience something new.  Trust in the process of your evolution and growth to guide you.
Djanthi-Thoth, also known as, Dr. Mitchell E. Gibson
Price: $1500

Somnium: The Book of Dreams