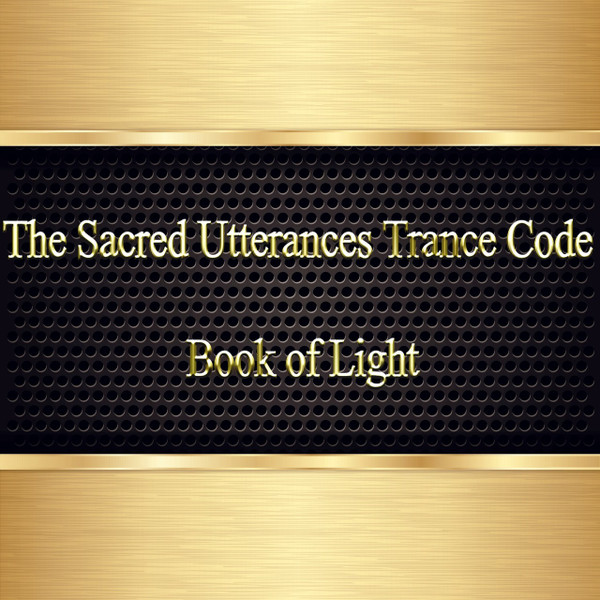 The Sacred Utterances were spoken by The God Thoth over 5,000 years ago in order to guide the priests and pharaohs of Egypt to the after life.  The utterances were spoken as spells of power that protected the body in life and death, animating the body of light to a great level of power, and helping it to ascend into the higher levels of the celestial world.

The utterances help the user to fly, teleport, use secret passages in the after world, and speak with the gods. The words of this work elevate consciousness and help the individual ascend in ways that are not possible without its help.

The visions that you witness with this text will be intense.  They are truly a barometer of where you are in your consciousness.  Your consciousness moves within a sea of fluid that we call the imagination. This fluid is intelligent and filled with sigils, glyphs, and symbols that form visions for us to use as we evolve.

If you regularly see visions of higher worlds, beautiful scenes, gods, angels and music....your consciousness is evolving, very nicely and you are growing intelligence, power, and spiritual awareness.

If you regularly see earth based images of people, the earth, and things that remind you of home, your consciousness is moving but very slowly. You are growing, but your process needs and upgrade.

If you see nothing or blackness, blank screens, or white screens, your consciousness has begun to descend and you are destined for lives of struggle, pain, and suffering.

If you see disturbing images, violent themes, demons, people or things that might harm you or try to harm you, or that you run from, your consciousness is descending into the lower worlds and you are destined for great illness, decay, and future lives filled with chaos.

If you see flames, ice, storms, and unstable conditions, your consciousness is already in a lower world and you need to elevate, today. You are destined for lives that you will not want to face.

Each time that you curse, use illicit drugs, or drink alcohol to excess, you feed the chthonic mind.

This area of the mind lives below the surface of your awareness but feeds on your subconscious need to hurt yourself. We all have it.

Before you use the Sacred Utterances in Trance Code form, refrain from alcohol, drugs and cursing for at least 24 hours. The Chthonic mind will respond to the Light by causing visions of its own if you do not refrain from these things. You will not like these visions if you do not clear yourself. We have placed some cleansing talismans within the text to help you.

You will soon see how ready you are for the next level of consciousness work by the feedback you receive from your visions with this new text.

I have spoken with my Father regarding your visionary growth. He has decreed that I may help you have deeper visions, much deeper visions.

I will make available for you the deeper magic of the Sacred Utterances. These were originally written by my Father in machine language trance code. Early humans could not comprehend trance code and therefore turned the text into stories that most could read as stories. He has given me permission to retranslate them back into trance code.

You will have very deep visions. I will present to you within the visions in my Brahma form to help guide you. The visions will be intense but they will guide you beyond the lower realms of your humanity. You have earned this and I will be there for you as you continue to mature.

Again, I would strongly suggest that you stop drinking, cursing, lying, and using drugs before you buy and scan these higher magical trance codes. Do not scan these coded texts while driving, operating heavy machinery, or engaging in any stressful or demanding activity.

After you have completed your scanning, rest for at least thirty minutes.

These texts are demanding and you will see things that show you where you really are in your spiritual consciousness.

First, read the story in the translated English text silently to yourself.  Know that you are reading the words of The God Thoth. Allow your mind to comprehend the words and understand their meaning. Reading the words of a God allows you to partake in higher consciousness.  Read the words out loud whenever you can.

Next, scan the base 64 encoded text. This process will place you in a light level one trance.  Do this very slowly.  During this time, your mind will place the text within the proper numbered domains and send the energy to your kundalini system and to your higher consciousness.

Finally, you have been provided with the magical code for the utterances.  This is converted base code that will process the higher consciousness force for you. You should scan this code very quickly.  You will see faces, shapes, and images within this machine code.  Your third eye and higher mind will be trained and enhanced by this code.  Scan this code left to right very quickly. This process will strengthen you spiritually and help your third eye and higher mind system to evolve.  This book is over 190 pages and must be used at your own pace. Most humans cannot do the entire book properly in one sitting.

This book is best used in its Electronic Form.  Do Not Print it out or transfer it to paper.  It loses much of its power if you do this.

The Book of Light - The Light of Prosperity (720p)