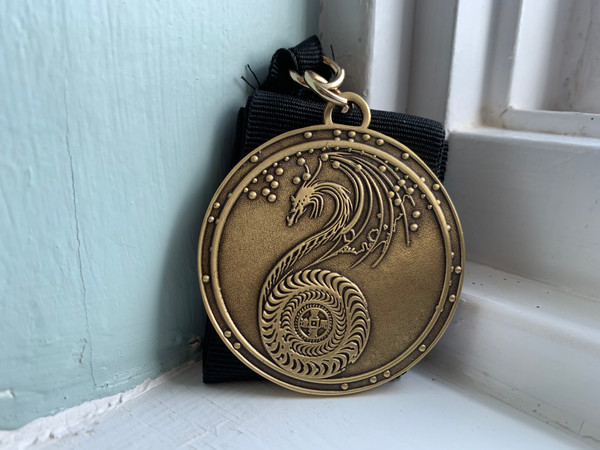 You may wear the item or place it on your altar.  Both are powerful methods of connecting with his power.  The medallion is designed to work with the Jade Emperor spell book and will add power to each of the spells bearing his seal.  The medallion will also work on its own without the book of spells.